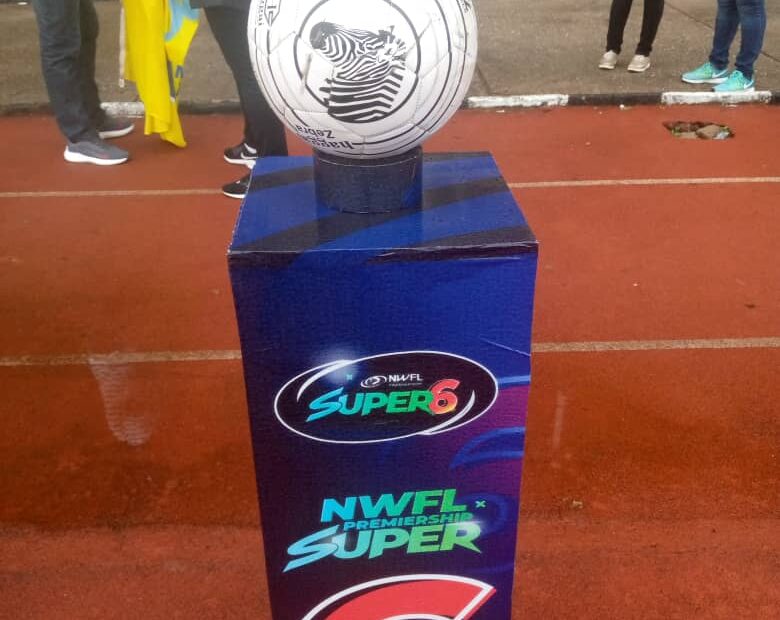 The champion for the 2020/2021 NWFL Premiership season and the country’s representative to the WAFU B qualifiers for the CAF Women’s Champions League will emerge today at the Dipo Dina International Stadium Ijebu-Ode between Rivers Angels, Delta Queens, FC Robo and Sunshine Queens as the Super Six comes to an end after seven days of highly competitive games.

The consolation game of the day between the weeping teams of the competition Bayelsa Queens and Edo Queens will be played at the main bowl of the Dipo Dina International Stadium, at 10am to prepare the stage for the title games at 3pm.

The title games between Rivers Angels vs Sunshine Queens, and FC Robo vs Delta Queens will be played simultaneously at 3pm at the main bowl and Practice Pitch One.

Going into the final games today, Rivers Angels had eight points, same as Delta Queens, while FC Robo and Sunshine Queens had seven points each.

These situations provided a scenario where any of the four teams that truly aspire to win the title must win their game. Especially for Rivers Angels and Delta Queens that went into today’s games with eight points, while Sunshine Queens and FC Robo must also target outright wins to displace Rivers Queens and Delta Queens.

The two games will be very interesting, more so with the superior goal difference of +8 for Rivers Angels.
Rivers will grab the title by just a 1-0 win to take them to 11 points and +9 goals difference. While for Delta Queens, it’s going to be a difficult situation as they must first defeat FC Robo, and with as much as six goals.
For FC Robo to win, they must beat Delta Queens to finish at 10 points and pray that Sunshine Queens should beat Rivers Angels. While it’s the other way round for Sunshine Queens, beat Rivers with three goals and pray that FC Robo should lose their final game.
It just a difficult call as the NWFL Premiership Super Six come to a close.

Sunshine Queens head coach, Wemimo Olarenwaju Matthew said on Saturday that the ‘Betty Babes’ are ready to attack and play with more determination when they face Rivers Angels on Sunday at the Otunba Dipo Dina international stadium on Sunday.

The ‘Akure’ based side played a barren draw in Porthacourt against Rivers Angels in the regular season and a win for Sunshine Queens on Sunday, could see them becoming NWFL Premiership Champions for the first in their history.

Sunshine Queens defeated a strong FC Robo Queens on Friday, to open up a possible chance for them to contest for the title and the Super Falcons assistant coach is optimistic of a victory against the side, which is presently on top of the log.

For FC Robo, the Executive Governor Lagos State, Mr. Babajide Sanwo-Olu has extended financial support to the state’s only representative, FC Robo Queens, as the competition runs into the finals.

The Director General of Lagos State Sports Commission, Oluwatoyin Gafaar said at the Dipo Dina International Stadium Ijebu-Ode, that, Lagos state is proud of the team hence, the Governor of the state have decided to support them financially.

“We are proud of what they have been doing and we will continue to support them. The State Government have also decided to support them and that’s why we are here. “There is a direct instruction from Mr. Governor to us at Sport Commission to give FC Robo of Lagos State maximum support. Financially, the state government is also supporting them handsomely. Handsomely, I said and this has shown that our Governor is a sports loving Governor.

Nigerian women’s football lovers can watch today’s final round of games in the NWFL Premiership Super 6 through AIT, the NWFL disclosed.