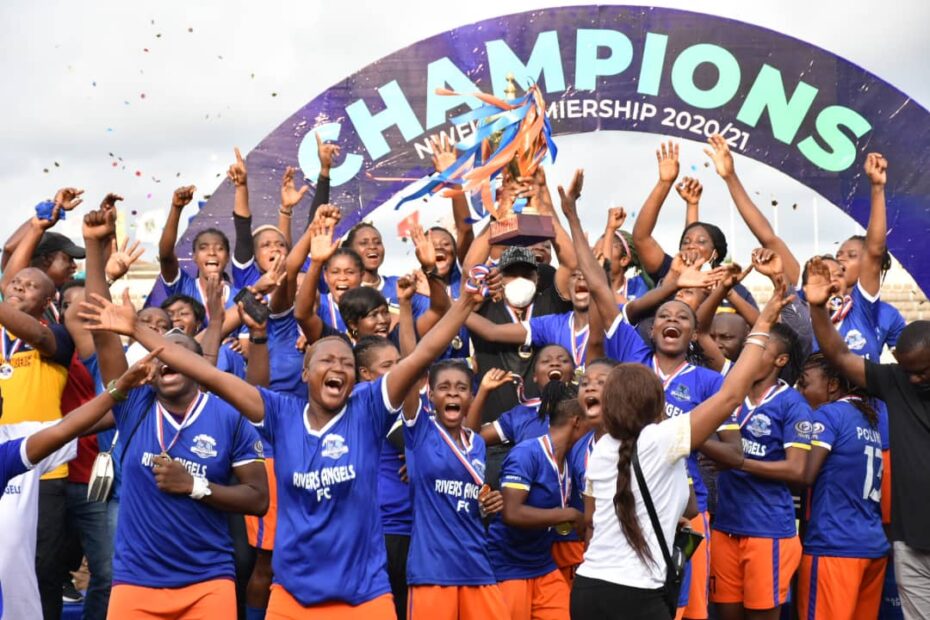 In a well attended final day of the NWFL Premiership Super 6, FC Robo Queens played out a 1-1 draw with Delta Queens, while Bayelsa Queens recorded their first victory in the Super 6 with a 3-0 win over Edo Queens.

The ‘Betty Babes’ troubled Rivers Angels later on, taking over control of the game, with the trio of Abideen’ Suliat, Okah Adaobi and Idoko Mercy all finding space to net an equalizer.

However, the ‘Jewel of Rivers’ doubled their lead just before the half-time break, as Vivian Ikechuchwu find the right angle from a close range to give the Edwin Okon’s side a guaranteed lead going into the break.

Alice Ogebe scored a beauty in the 63rd minute, rounding off three Sunshine Queens defenders, before slotting in perfectly and the final goal came in the 79th minute through diminutive forward, Maryann Ezeanagu to round up a classical score line in the final game of the NWFL Premiership Super 6.

The Chairperson of the Nigeria Women Football League, Aisha Falode noted that she is satisfied with the quality of games played in the Championship and remained optimistic that Nigerian representatives at the CAF Women Champions League will represent the country well starting from the WAFU Qualifiers.