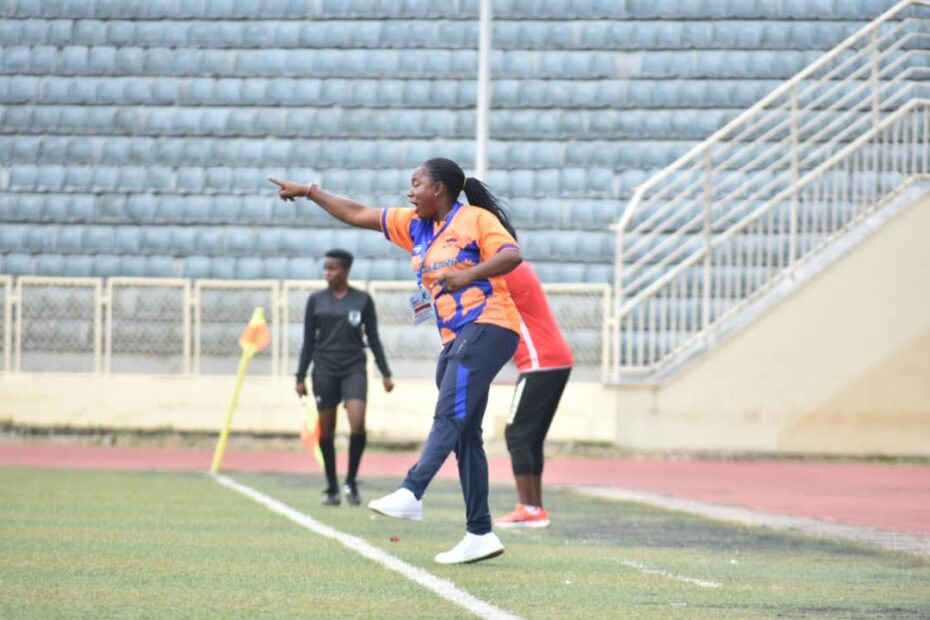 Sunshine Queens head coach, Wemimo Olarenwaju Matthew has stated that the ‘Betty Babes’ are ready to attack and play with more determination when they face Rivers Angels on Sunday at the Otunba Dipo Dina international stadium on Sunday.

The ‘Akure’ based side played a barren draw in Porthacourt against Rivers Angels in the regular season and a win for Sunshine Queens on Sunday, could see them becoming NWFL Premiership Champions for the first in their history.

Sunshine Queens defeated a strong FC Robo Queens on friday, to open up a possible chance for them to contest for the title and the Super Falcons assistant coach is optimistic of a victory against the side, which is presently on top of the log.”I think we will all see a better and more determined Sunshine Queens on Sunday when we face Rivers Angels.

“We aren’t looking back at all, we just want to get better at each game. Rivers Angels are a very good side, but we wont let them play their usual game.”

The last round of game of the NWFL Premiership Super 6, will come up on Sunday evening at the Otunba Dipo Dina international stadium, Ijebu-ode.