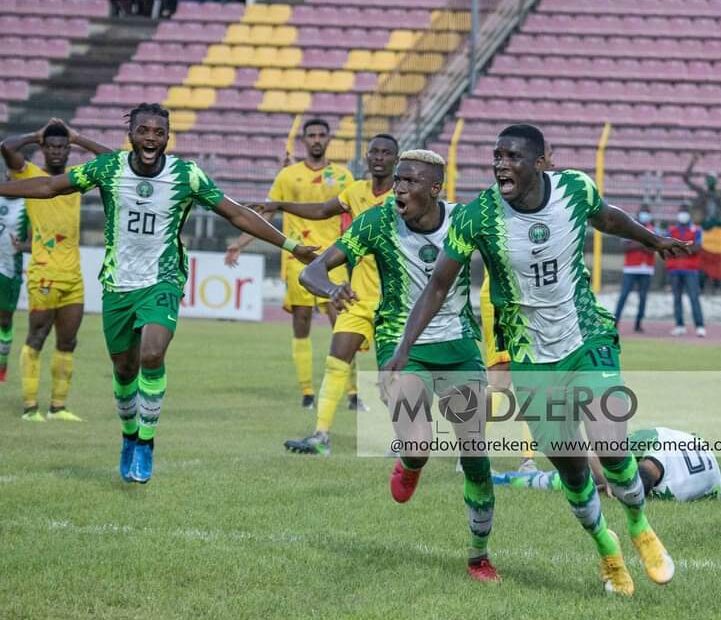 Paul Onuachu strucked a dagger into the hearts of Benin supporters after his 90+4 minutes header ended their 8 match unbeaten run which dates back to 2013 when they lost at home to Algeria.

Nigeria will be one of the the participating teams at next year’s Africa Cup of Nations in Cameroon.

Although Nigeria already secured their place at the continental mundial after Sierra Leone failed to beat Lesotho.

Paul Onuachu proved to be vital after he came on to nod home the winner in the added minutes of the second half at the the Stade Charles de Gaulle.

Paul Onuachu’s header was enough as Nigeria did the doubles over their West African rivals after winning the first leg 2-1 in Asaba. Nigeria will be at the Africa cup of nations in Cameroon in 2021.