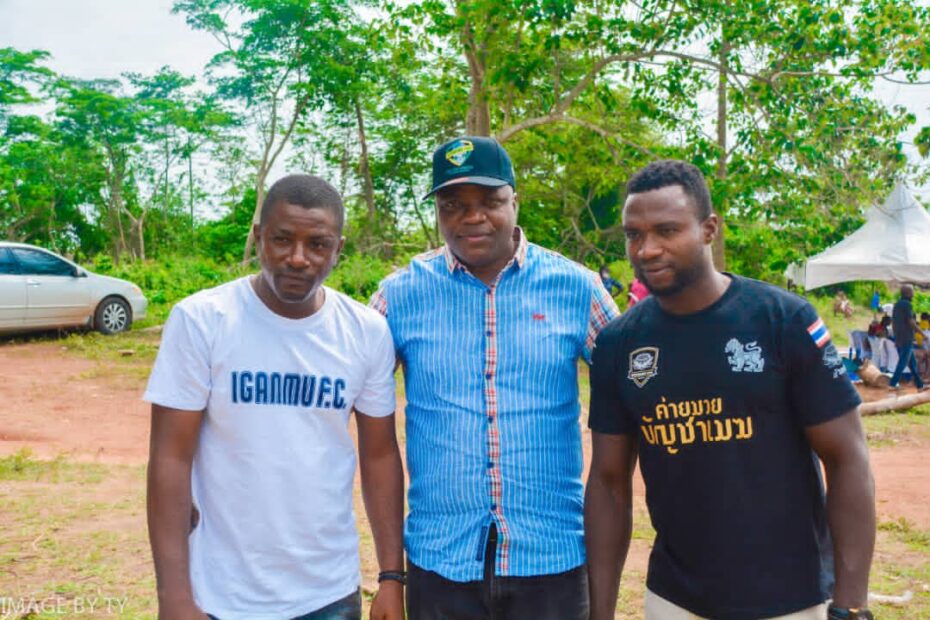 Plaudits have continued to rain for the Board of Ekiti State Football Association led by the indefatigable Bayo Olanlege.

Speaking on the background of the just concluded Prof. Akin Oyebode U15 football competition for boys and girls in the state, Chibuzor Obilor, General Manager of Iganmu FC, a Lagos based NLO team, was effusive in praises for the Board of the Ekiti State FA.

The youthful football administrator who was present in Ikole- Ekiti to witness the finals of the competition described Ekiti Football as the next big thing in grassroots football development.

” We have done our research and found out that Ekiti state is the next big thing as far as grassroots football development is concerned. That is why we at Iganmu FC are trying to establish a linkage with Ekiti State Football Association in areas of talent discovery and management,” he stated.

He was quick to also describe the finals of the Oyebode U15 competition as one of the best grassroots football competition he has witnessed in recent times.

” Honestly that football event is one of the best grassroots competitions I have ever witnessed in term of organization and talent on display. I marveled at a lot of things I must confess. First, was the presence of two honorable commissioners gracing the event. And it speaks highly of how Ekiti State is serious about grassroots football development.

“Secondly, the idea of paying more attention on nutrition in order to chunk out bigger players in the nearest future, is another laudable initiative.Honestly, Ekiti State Football Association is really really doing a great job and such initiatives are quite laudable,” he remarked.

He went on to disclose plans for a workable relationship between the fast-rising football club and Ekiti State FA, that includes extending invitations to Ekiti state cadet football teams to its forthcoming invitational tournament later this year in Lagos.

” We are presently working on the modalities for a hitch free tournament. And based on agreement with our intended sponsors, the tournament will be coming up before the end of third quarter of the year.

” As for plans on ground concerning the cadet teams, Iganmu FC, usually participates in under age international competitions yearly and we plan getting at least 75 per cent of the crop of players from Ekiti State. And the motivation behind the shift of focus, is the well articulated structures in Ekiti State Football Association and the abundance of talent in the state.

In the euphoria of the laudable achievements by Ekiti FA, he went ahead to rate the board 9.5 on the scale of 1-10, in terms of youth football development.

Adding that he trusts in the abilities and determination of the State FA Board to improve upon its drives for a sustainable football culture.