Professor Akin Oyebode U-15 Football Competition: This will be an annual event to discover exceptional talents in Ekiti – Akintunde Oyebode 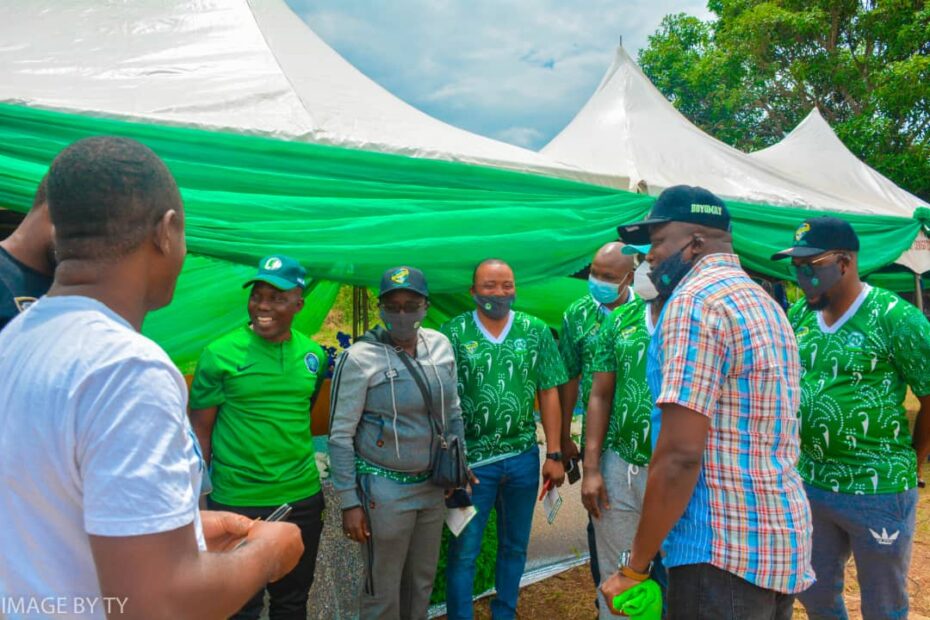 … aspires for the rapid Development of female Football in the state.

A plethora of youngstars both male and female shone in their numbers at the just concluded Professor Akin Oyebode U15 Competition in Ekiti.

This gave an insight of the reservoir of untapped football talents present in the state and the sponsor of the tourney in honour of his 74years old father, hon Akintunde Oyebode during the grand finale for the 2021 edition noted that discovery of these talents and onward Development will not stop here concurrent with their academic progress.

According to the Economics expert, this year’s edition “is the first, but definitely not the last, by the grace of God we will continue to do this annually.”

“The aim is not just to do this as a one off, but to continue to do this to help discover and develop talents, but not just from the football perspective, but also to support them with the right educational foundation, so it’s not just Football but developing education and for me the whole gain is showing people that there are different paths to succeed, some will succeed as doctors, some will be lawyers, some will be great sports men but ultimately we are keeping our young ones out of trouble, we are putting them into productive activity”, he added.

Harping on the importance of holding the finale and many of the games in ikole, hon. Oyebode promised that a proper facelift of the ikole township stadium would have been done before next year.

“Bringing it to Ikole is very important, the tournament is named after my father and this is his home town, so apart from doing this annually, we are also going to do some work to develop the stadium, we are confident that by the time you come next year, we should have a stand for spectators”, he assured.

Excited about the display of the girls in their final, he charged Football administrators in Ekiti, to double up the efforts to promote female Football, as Ekiti is highly recognized in the country for gender equity.

He stated that, he was “very excited to females final, even though it was a one sided game, it is important to atleast start to build that culture. My hope is that Ekiti starts to contribute within the various female national team.”

“Ekiti State is a leading state in terms of gender equality, all our laws, our philosophy here is around equality and Football will not be any different, and that’s why we are doing this as a first, a male and female Competition, what we hope to see is that because Competitions like this exist, we are are going to have more female teams, so next year we are hoping that there will be more female teams participating”.

“But I am even going to take special interest just to promote the women’s game everywhere”.