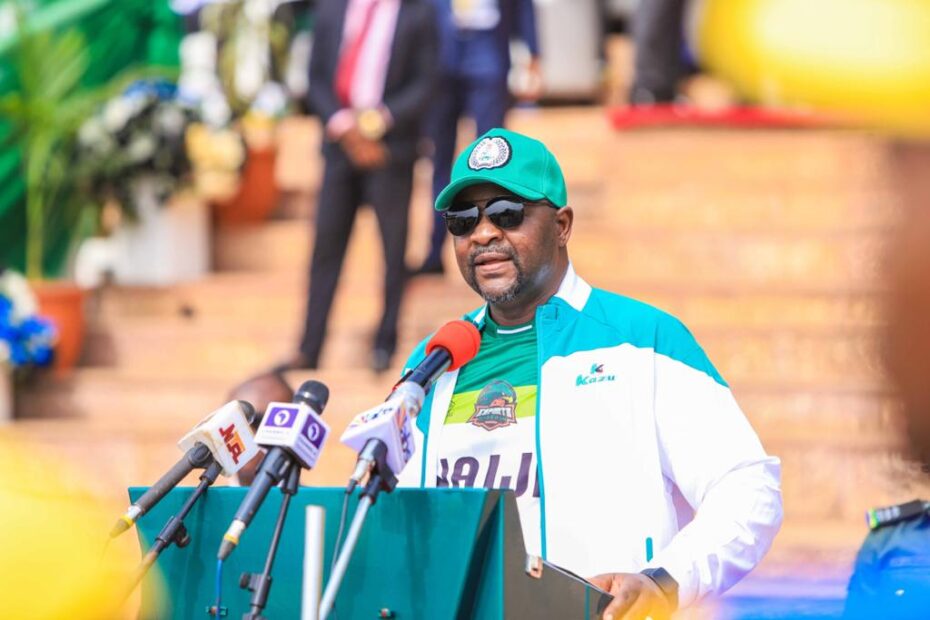 The Minister of Youth and Sports Development Sunday Dare has expressed his happiness on the return of the Nigeria Basketball Federation(NBBF) Premier League.

The Minister who was on hand to watch the NBBF Premier League matches at the MKO Abiola Stadium Abuja on Wednesday, the first in last four years, said “I am happy to be here to grace the first game night of the season as a form of my identifying with these young stars who love the game of basketball”. He stated that the return of the league will offer the nation’s talented youth the opportunity to develop their skills.

In his own remarks, the caretaker chairman of the Nigeria Basketball Federation(NBBF), Engineer Musa Kida praised the Sports Minister and all those who worked hard in ensuring the return of the league.

Kida said: “We are happy with the return of the Premier League, and are grateful to the Sports Minister for gracing the first day of competition in Abuja. We are keying into the vision that will see us make impact on the international, continental and domestic scenes.

“The Sports Minister wants about 109 basketball courts in Nigeria, at least a court in each senatorial district. We hope to work with him to make this dream a reality. That explains why this return of the premier league is crucial”.

“I also appreciate all those on the NBBF board who dug in, worked hard and tirelessly with their time and financial resources to make this a reality.”

The league has been in the doldrums for about three years owing to some court injunctions that have now been dismissed.

The games of the NBBF Premier League will be played in Abuja(Savannah Conference) and Akure(Atlantic Conference). About twenty teams are taking part of it across both conferences.

The regular season will last about a week leading to a playoffs, the Final Eight, that will feature the best four teams in each conference. The playoffs will hold in Lagos at the end of the month.