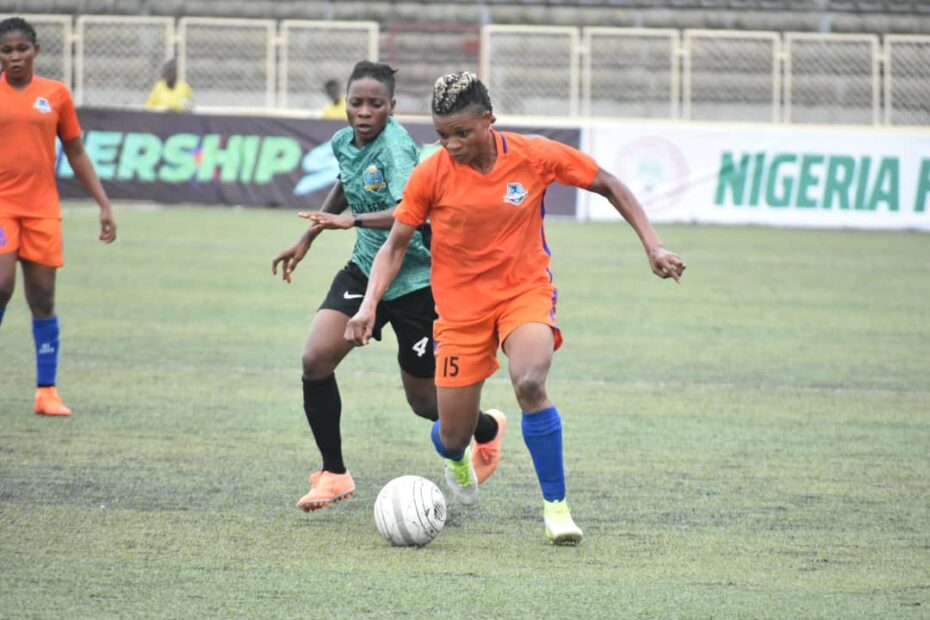 The NWFL Premiership Super Six match day three tie was a cagey affair at half time with a goal less score line at the break.

After the interval, Maryann Ezenagu won a free kick not far from Bayelsa Queens’ box in the 58th minute. Amarachi Okoronkwo took the onus of playing the set piece as the ball hit the woodwork before Maryann Ezenagu converted the rebound to give Rivers Angels the lead.

Three minutes later, Vivian Ikechukwu doubled the lead for the Port Harcourt based side.

Five minutes from full time, Oghenebrume Ikehua completed her brace to make it 4-0 for Rivers Angels.

Rivers Angels with five points from three games are at the top of the table ahead of the remaining two games on Thursday, while Bayelsa Queens only have one point from three games.