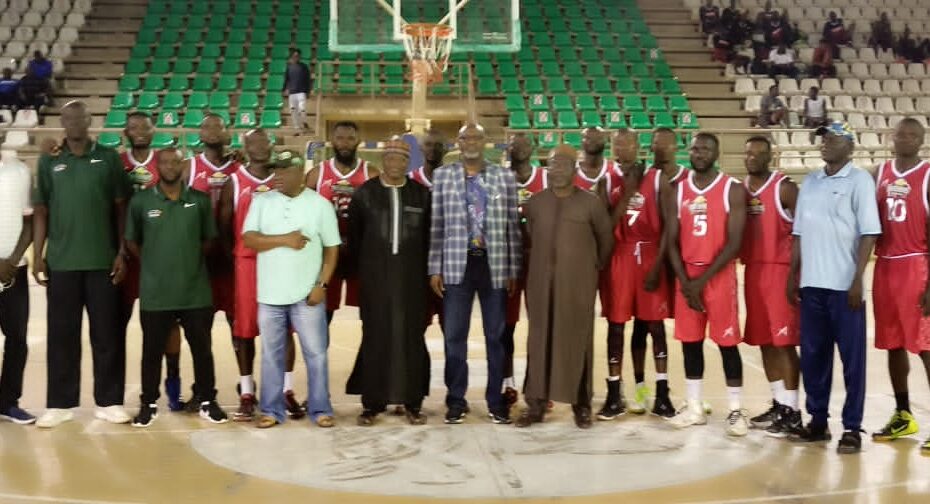 The Group under the agies of Friend of Nigeria Sports have called on the group of distractor known as Nigeria Basketball Vanguard to stop working against the progress of the game in the last four years but rather channel their energy on what can grow the game.

With less than 14 days to the elections, the destractors, and enemy of progress, known as Nigeria Basketball Vanguard have said they will not participate in any election expect the Basketball Federation, (NBBF) constitution is ratified by the Congress of all not stakeholders.

In reaction to the demands of the group of distractors, the Friends of Nigeria Sports in their open letter to Mr President has asked President Muhammadu Buhari to turn deaf ears on the agitation of some self centered individuals pushing for the destruction of gains already accumulated from the Basketball.

In an open letter to the President, and signed by the leader, Asiwaju Akeem Busari, the group said “the pains and anguish bedeviling our national life is hydra-headed. These pains are actually, self-induced. Most times, the blames are erroneously laid at the steps of our national leaders”.

“Mr. President, today, administration of sports in Nigeria, is in the danger of returning to its hitherto abysmal state. Politics, ego, greed, religion and ethnic sentiments have seemingly taken our sports back to the precipice of destruction.

” Mr. President, the masterstroke to lift up the morale of stakeholders and athletes in Nigerian sports, was the appointment of Sunday Dare as the minister of youth and sports administrator.

” And interestingly, it coincided with the sweet emergency of astute, experienced, selfless and patriotic sport administrators like Engineer Ahmadu Musa Kida.

” Ahmadu Musa Kida, a former national basketball player, took the reins of Nigeria Basketball Federation from TJ Umar in 2017. And it has been upward surge for basketball in Nigeria, what with its newly found fervour, attractiveness and developmental strides of Engr. Musa Kida’s led board.

“The achievements of NBBF under Musa Kida, included amongst many incredible feats, winning back to back Afrobasketball championships; making history as the first African nation to qualify both its female and male teams for the Olympic games at a time.

” Spending personal hard-earned finances and resources to propagate and promote the development of the game in Nigeria, with little or no financial assistance from the relevant sport authorities, Musa Kida, stoically, remained resolute in his desires to take the game to utopian heights.”

However, the Ministry of youth and Sports has penciled September 30th for the federation election and the good news is that Basketball Federation under the able leadership of Engr Musa Kida have their constitution ratified by international body.