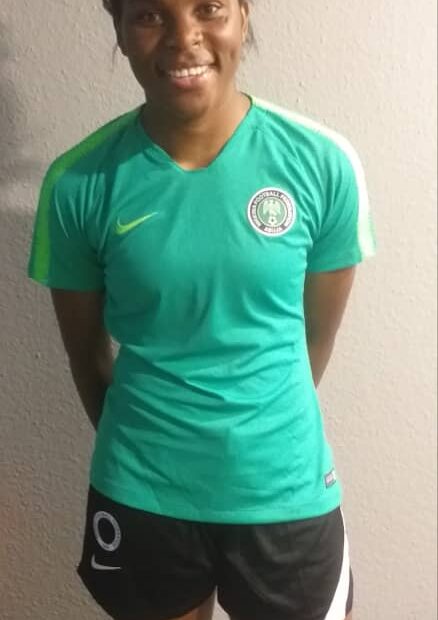 After participating with the team for their first training session in Austria, the former Brighton forward was happy to rejoin the squad.

“It’s exciting to be back because I haven’t had an official jersey since 2015. I was also with the team in 2019 for the World Cup preparations in Austria and Turkey. When the team played Canada in a friendly, I was with them. It’s a good thing to be back as I missed the girls and the team. It’s a fun place to be although it’s intensive and competitive.”

This will be the first time that Ini Umotong will be part of the Nigerian said since the appointment of Super Falcons coach, Randy Waldrum.

She said: “I enjoyed the training because the coach is tactically aware as he knows what he wants with the players. He wants us to be direct and play forward. From our first season, he already knows our strengths and abilities. He is trying to push us to explore our strengths. It’s a comfortable environment and exciting.”

Umotong was of the view that the team is getting better with more games played as she intends to do her best in helping the team.

“The team is quite exciting to watch. From each game that we have played, the team looked better and better. I can see the progress from afar. It’s good to be part of the progress in person.”

“I intend to be part of the squad as well as do what I can to help the team. I signed for Lewes FC in January. Before then I was with Växjö in Sweden and Brighton in the women’s Super League. The experience at Lewes is quite similar to what we do here in training. The league season is about to start by the end of August so we are preparing for pre-season.”

“I last visited Calabar in 2017. We were meant to go back in 2020 as a family but the COVID-19 hit came unfortunately hence our travel plans had to be halted. For now, I am from Nigeria and it feels good to be part of the squad.”