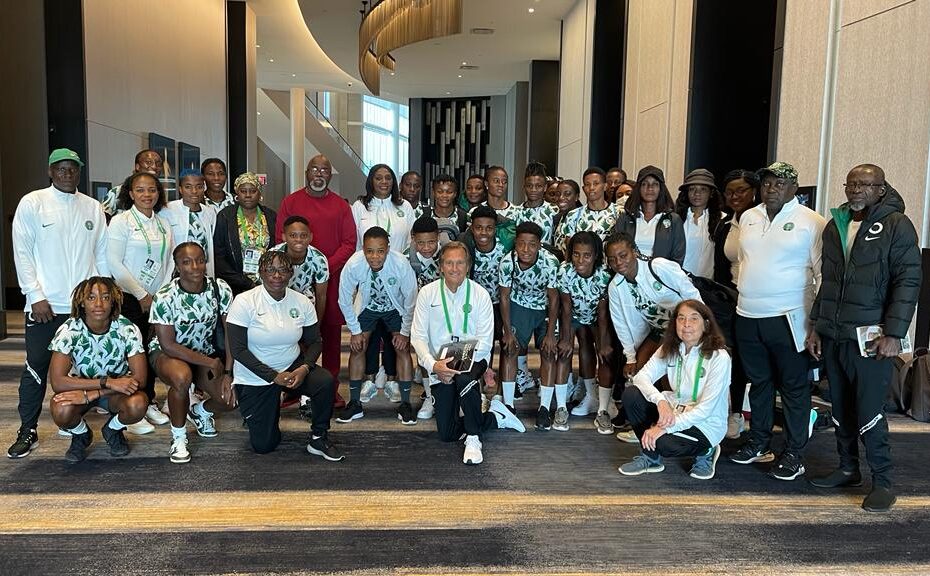 Nigeria and USA women National Senior Teams clash in Washington DC on Tuesday in the second of a two-match tour of the United States by the nine-time African champions.

Three-time world champions USA trounced the Falcons 4-0 in the two teams’ first encounter at the Children’s Mercy Park in Kansas City, Missouri on Saturday, with a brace from Sophia Smith and one each by Lindsay Horan and Alex Morgan.

Both USA and Nigeria have qualified to participate at the 9th FIFA Women’s World Cup finals to be staged by Australia and New Zealand in the summer of next year.