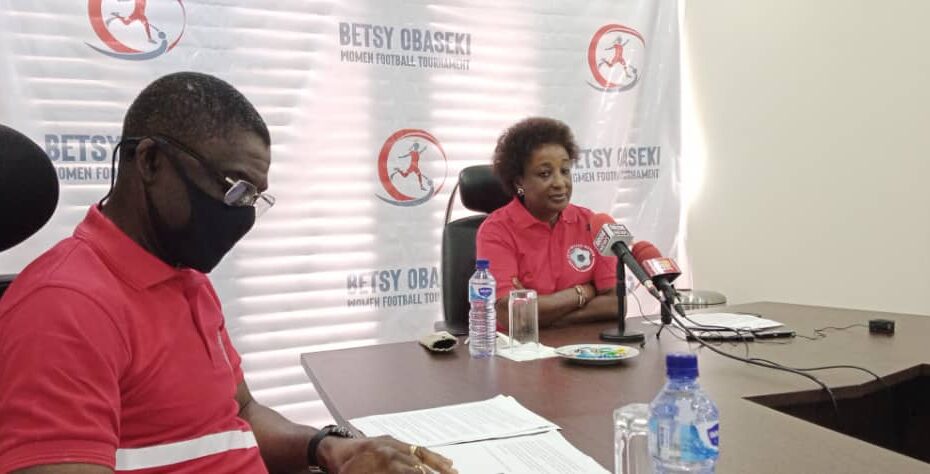 In attendance is also the Edo State Deputy Governor, Rt. Hon. Philip Shuaibu and his wife.

The competition named after the First Lady of Edo State, will kick off at the Samuel Ogbemudia Stadium, Benin City, with 12 clubs participating, made up of eight NWFL Premiership clubs and 4 NWFL Championship and Nationwide clubs.

The theme of the Betsy Obaseki Cup is ‘Promoting the Girl Child’. Two Super Falcons Super Stars; Nkiru Okosieme and Okuwa Igunbor, are already primed to pick the draws for the competition scheduled for September 26, while event kicks off with the opening ceremony on September 27, 2021.