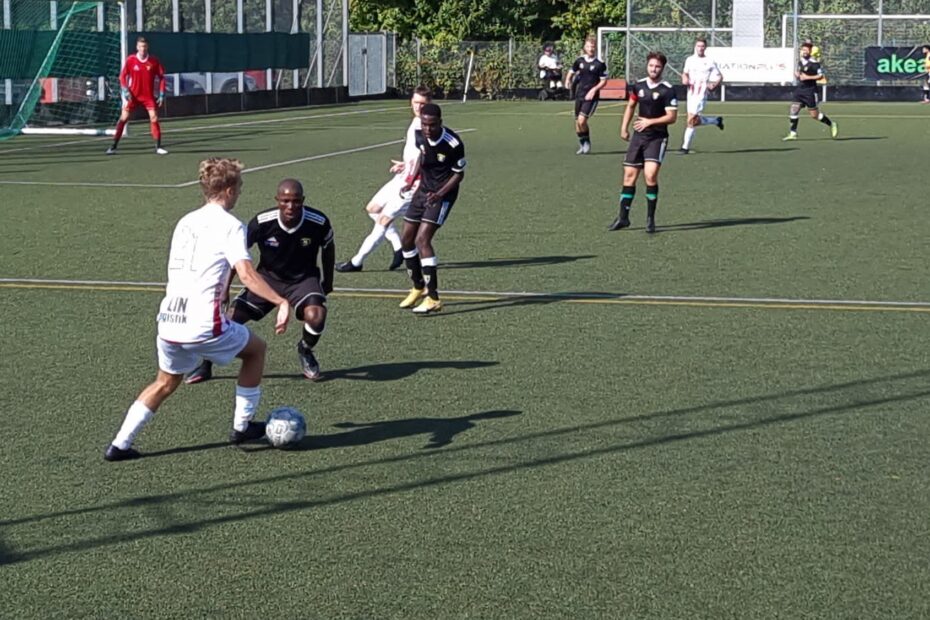 Tayo Saliu Junior the young energetic former player of Chykap international football club of Lagos seem to have made up his mind to be talked about positively each time Malmo City Football club parades in the Swedish Gotaland.

Tayo who had saved the blushes of his team with an important equalizer in an away fixture against Veberod AIF, made sure he registered his name early enough in a home fixture this time around. It was a sweet 4 – 2 win at the end of proceedings.

It is a home game against Akarp IF, both teams were still settling down and cautiously gauging each other’s style of play when Tayo Struck in the 6th minute. He slotted home from the edge of the opposing sides box.

The visitor’s responded aggressively as their efforts paid off in the 33rd minute.
It was a goal apiece in the first half.

Malmo City made their strong intentions known as play resumed with goals from Filip Gavran 58th min and Paul Monac who later contributed another vital goal towards the end of the match with a determined almost bullish assist from Tayo for a sweet victory for Malmo city Football club.