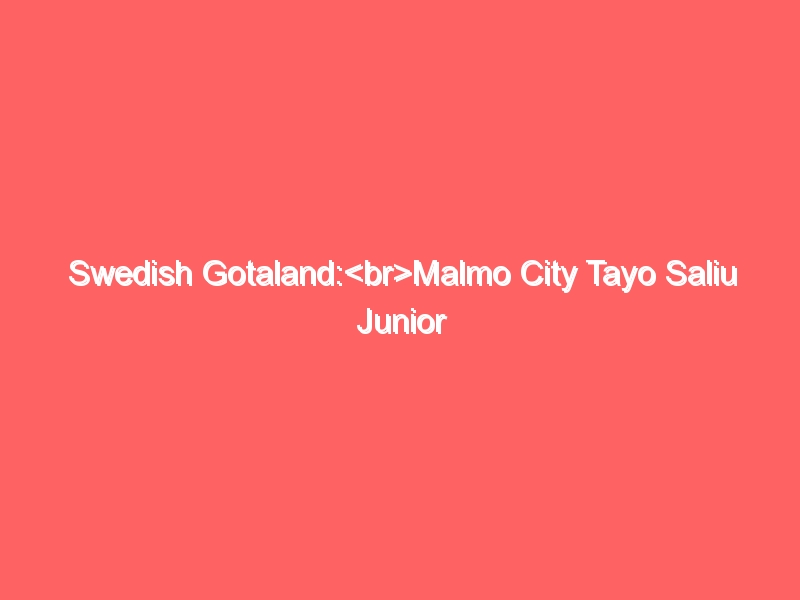 Tayo Saliu Junior continued his good run this past weekend against Bromolla in an away fixture.

Remember that Tayo had clothed himself in glory with a goal and an assist in their last game away against Akarp IF.

The match against Bromolla at home this time around called for victory to further boost the confidence of the players However it was not pointing towards that direction as Malmo City conceded a penalty in the 35th minute but the host team gave Malmo city goalkeeper an opportunity to show form as he saved the kick.

The match was goalless until the 64th minute when Tayo was gifted with a pass , he wasted no time to transport the ball to Bromolla’ area and fired a left footed shot from outside the area to find the back of the net to give Malmo city the lead.

The Host felt the urgency to come out strongly at home pushing for an equaliser. They got an opportunity to equalize with a second penalty in the 74th minute and again the Malmo City goalkeeper showed form and saved the kick.

The former Chykap player from Nigeria and goal scorer Tayo was substituted in the 90th minute.
The match ended 1 nil in favour of Malmo City.
Tayo has so far scored 4 goals and 6 assists from 12 games this 2021/2022 season.