Tallen Desires A Better League as Falode Appeals For Equality 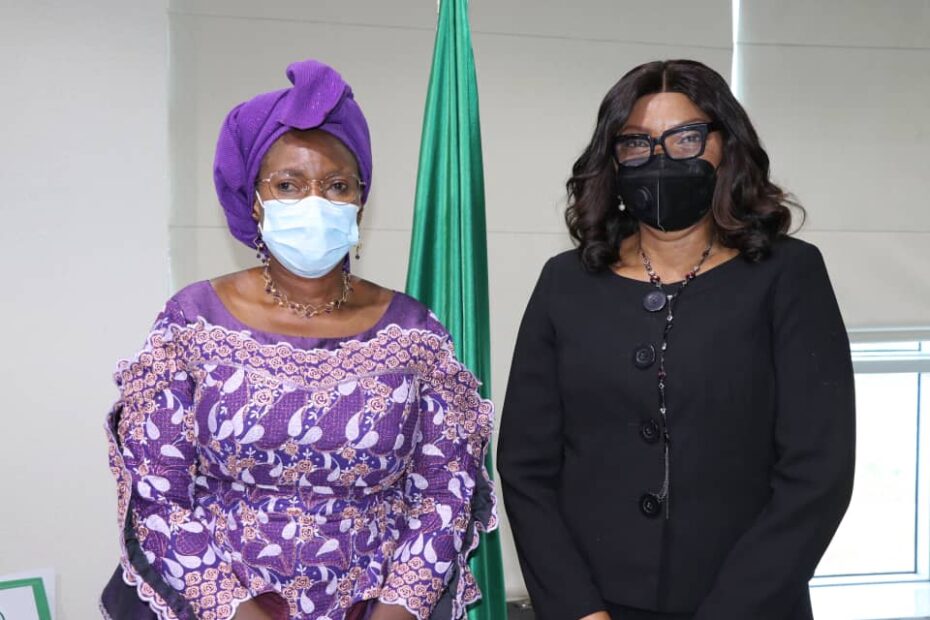 The Women Affairs Minister, Pauline Tallen, has assured the board of the Nigeria Women Football League of her continued support and drive to lead the campaign for sponsorship and a level-playing ground for the development of women’s football in Nigeria with the hope of making the league better than what it is today.

Tallen, while affirming her promise to ensure a better fortune and sustained corporate sponsorship for the league which she made two years ago in Lagos when she was special guest of honour at the NWFL Premiership Super 4 at the Agege Stadium, praised the league players, clubs and their financiers for the perseverance in these trying times when the league has been without desired sponsorships.

Tallen, called on Corporate Nigeria to support the country’s women football, saying the task of empowering the girl/child belongs to everybody.She noted that; “When it comes to the women’s league, there is the need for equity, fair play and level playing field so as to further develop the game in Nigeria.

It will be most delightful to see more of the football clubs’ financiers in Nigeria to ensure equal remunerations for the men’s and women’s footballers in the league.

The initiative taken by the Edo state government paying equal remunerations to the male and female clubs is commendable.

This development is spreading across the world with football clubs in America championing this cause and I believe soonest, this will spread across the world. Nigeria should not be left behind in this positive revolution for real sports development.

“The Women Affairs Minister went on to task patriotic Nigerians and corporate bodies in the country to help grow the women’s league, adding that, the league has produced great players for the country.

The Chairperson of the NWFL, Aisha Falode, who led a courtesy visit to the office of minister in Abuja, in company of the Chief Operating Officer of the NWFL, Modupe Shabi, said in her comments that corporate Nigeria is presented with the opportunity to empower and engage the girl/child using football.

Noting that; “The under investment and lack of value for women has stifled Nigeria in so many areas because in other climes, women have proved very essential developmental strides.

Apart from one or two clubs, most of the club owners in Nigeria still pay the men far better than the women. These are clubs owned and run by the same governments.

“Its sad to note that Nigerians still fail to see the need to treat women in sports with respect despite all the odds they surmount to fly the country’s flag high in global circles.

“It is on record that women footballers have won more laurels for the country than men, yet the men are still better treated than women.

”Falode, told the Women Affairs Minister that the NWFL board will be happy if sponsorship is secured for the three tiers of the women’s league – the Premiership for elite clubs, the Championship for pro clubs and the Nationwide league for amateur clubs, covering all levels and classes of the women’s game in Nigeria.

She stressed that, the three tiers of the league are available for sponsorship.

Falode, who is also a board member of the Nigeria Football Federation, used the opportunity of her visit to Women Affairs Minister to express the gratitude of the board to the Sports Minister, Mr. Sunday Dare, the NFF President, Amaju Pinnick, the NFF General Secretary, Mohammed Sanusi and the NWFL board members for the support they give to the league.