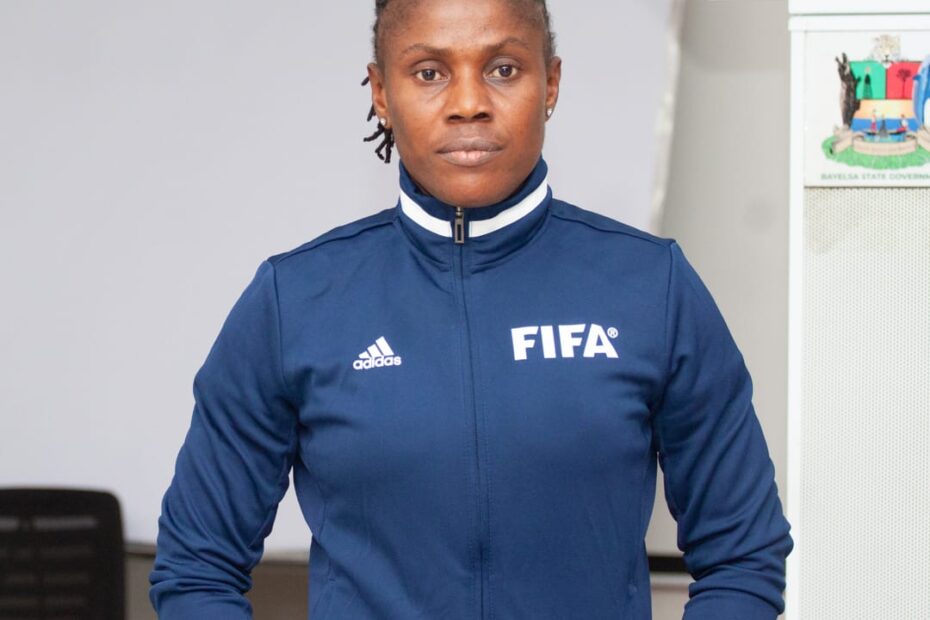 With few days to the start of the 2022 CAF Women’s Champions League, Nigeria top Referee Ndidi Madu has passed the mandatory fitness and medical test in Rabat, ahead of the CAF organised tournament.

Madu, is making a consecutive appearance at the CAF Women Champions League, after she gave a fantastic performance last year in Egypt and remains the sole representative from Nigeria.

The Referee’s announced by CAF were selected from twenty-three Nationalities, giving a good spread across the continent. Madu, made history at the last Women Africa Cup Of Nations in Morocco, where she became the first Nigerian to experience and apply the VAR in a competitive encounter.

The tournament scheduled from 30 October to 13 November in the cities of Rabat and Marrakech, will see the technical contribution of 10 referees, 12 assistant referees and seven video referees.

On the opening day of the 2022 CAF Women’s Champions League, two matches will take place at the Prince Héritier Moulay El Hassan Stadium in Rabat.

The final of the tournament will take place at the Prince Moulay Abdellah Stadium in Rabat and reveal the successor of South Africa’s Mamelodi Sundowns.