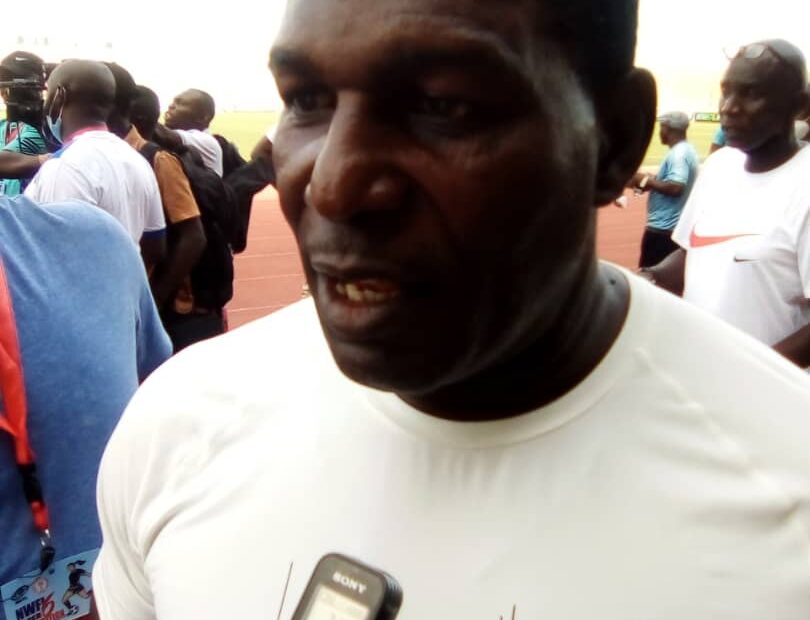 Delta Queens coach, David Ochei is optimistic that his side’s first win against Edo Queens in their first game at the 2021 Nigeria Women Football League (NWFL) Premiership Super Six will bolster the team to a positive result against Rivers Angels.

“It’s a very tough game and since it’s the first match, it is important. It doesn’t matter how one play, the most important thing is to go for the goals first.

The game is important because in a short term competition like this, your first win is very important as it will propel one for the next match. Psychologically, it will bolster the team morale.” Says David Ochei during his post match interview with pressmen after Delta Queens 2-1 win over Edo Queens at the Dipo Dina International Stadium, Ijebu Ode, Ogun State.

Goals from Chiamaka Okwuchukwu and Folorunsho Comfort propelled Delta Queens to a 2-1 triumph over Edo Queens after Nneka Julius had equalised for the latter.

Coach Ochei said: “We have played before. 60% of our team in 2018 are with Rivers Angels. We want to see what we can do as we look forward to the second game and prepare the girls again for the game.”One of the club new recruits, Chiamaka Okwuchukwu scored the opening goal for Delta Queens.

She scored three goals for Royal Queens during the regular season.

David Ochei asserted that his new recruits from Royal Queens (Chiamaka Okwuchukwu, Chioma Olise, Chika Idika, and Rosemary Adesina) were signed from their sister club as a matter of necessities.

He said: “We were supposed to go through scouting but when the transfer window was opened for a week, we didn’t want to go a long distance as clubs were thinking about the relegation Playoffs hence it was hard getting their players.

We looked at our sister club which is Royal Queens FC to fortify the team and picked three of their players.”Delta Queens with three points will face Rivers Angels with one point on Tuesday, April 20, 2021, in their second game.