We Will Use Aisha Buhari Tournament To Make A Statement, Confident Akinwunmi Declares 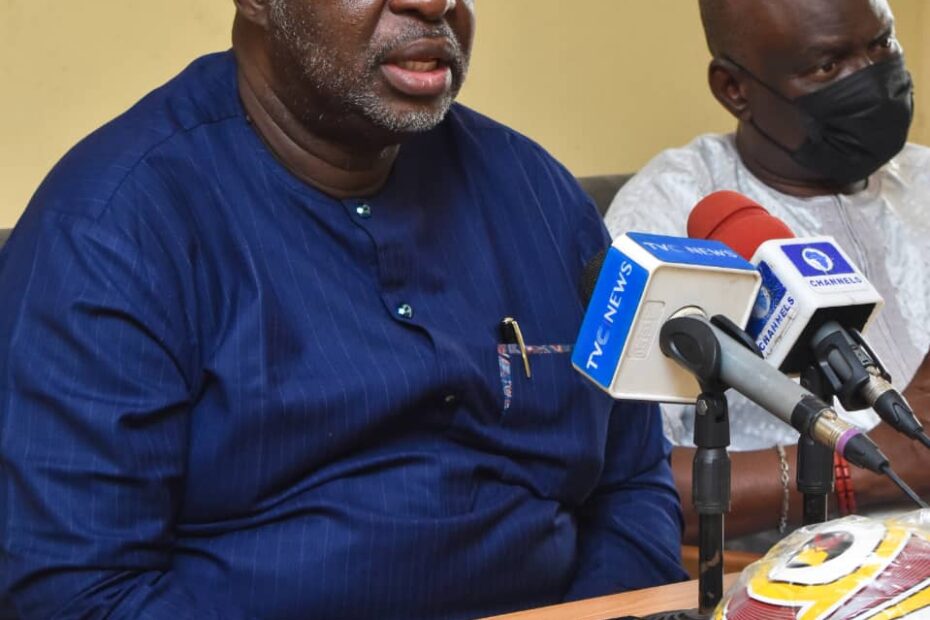 Chairman of the local organizing committee for the Aisha Buhari
Invitational Women’s Tournament, Barrister Seyi Akinwunmi has
expressed the determination of the committee to utilize fully the
opportunity provided by the staging of the competition to boldly
underscore Nigeria’s competence in organization of major events.
Speaking on Tuesday in Abuja, the debonair legal luminary and football
administrator of note said he was satisfied with the calibre of men
and women in the organizing team and “the only work we have now is to
harness the expertise, knowledge, experience and skills of the various
individuals to impact on the key areas of the organization, to deliver
a first –grade tournament.”

Nigeria will host a Six-Nation tournament in the name of the country’s
First Lady 14th – 20th September in Lagos, with host Nigeria, Ghana,
South Africa, Morocco, Cameroon and Mali set to duel in a celebratory
atmosphere. The six countries are arguably the strongest women
football –playing countries on the African continent.
“It is a long time that our country hosted a major championship.
Although this is an invitational, we have a responsibility to activate
everything needed for a first –grade championship and uphold the
excellent virtues for which our country’s First Lady is known.
Organizing a top event will also come with high recommendation for our
country to host bigger events soonest, now that we have remarkable
stadia infrastructure across the nation.

“It is all about putting our minds to it, being focused on the small
details and the huge points, and giving it our best.”

Nigeria has not hosted a major football championship since staging the
24 –nation FIFA U17 World Cup finals 12 years ago.

“It is a new era with limitless opportunities and possibilities with
rapidly advancing technology and increasing capacities in science and
the arts. Nothing can be ruled out as the world is on the move. We
have a country teeming with capable and knowledgeable people, and
there is no reason we cannot aim high,” Akinwunmi said.

Members of the committee include its chairman, a lawyer of 35 years
post-bar experience, Seyi Akinwunmi who is 1st Vice President of the
Nigeria Football Federation and Chairman of the Lagos State Football
Association. A keen enthusiast and enabler of grassroots football, he
also served as member of CAF Committee on Youth Competitions and
Organizing Committee for the Africa Cup of Nations.

Ibrahim Musa Gusau is Chairman of Chairmen of NFF and member of the
Organizing Committee of the African Nations Championship. He is also
Chairman of the Zamfara State Football Association and a CAF Security
Officer.

Aisha Falode, Director of Organization, is Chairman of the Nigeria
Women Football League and Member of the NFF Executive Committee. She
served on the CAF Media Committee and is a renowned broadcast
journalist.

Amina Daura, deputy director of organization, is a UNICEF ambassador.
Educated in England, she has over 15 years experience in women’s
football organization, stakeholder management and funding, and is
NFF’s Head of Women’s Football.

Dr Mohammed Kamal is technical assistant, Presidential Economic
Advisory Council and is representing the Office of the First Lady of
the Federal Republic.

Hon. Ayo Hulayat Omidiran is a three-time Member of the House of
Representatives, women’s football financier and Chairman of the NFF
Women’s Football Committee. She also served on the FIFA Committee for
Youth Competitions.

Assistant Inspector General of Police Umar Baba is highly respected in
football circles for his enormous work in stadium safety and security,
and is Nigeria’s Interpol Officer. Has led several discreet
investigation and extradition teams of major fleeing figures, and has
robust passion for the women’s game.

Ufuoma McDermott is a French-speaking A-list Nollywood actress,
producer and compere, while Kemi Areola is an information technology
guru and special assistant to the Youth and Sports Development
Minister.

Ademola Olajire has 30 years post-degree experience in journalism and
media management, is NFF’s Director of Communications and also a CAF
Media Officer. Kola Daniel is a seasoned journalist and media aide to
the Youth and Sports Development Minister.

Star broadcaster Chisom Ezeoke served on the CAF Women’s Football
Committee, and Olayinka Olagbemiro is a former football player,
technical expert and tactician with certificates in marketing and
strategic management.

Ruth David, who is the secretary, is the NFF’s Ag. Director of
Competitions and has a master’s degree in sports management, while her
assistant, Mohammed Ameenu is a FIFA –trained instructor, CAF referee
assessor and special assistant to the NFF General Secretary.