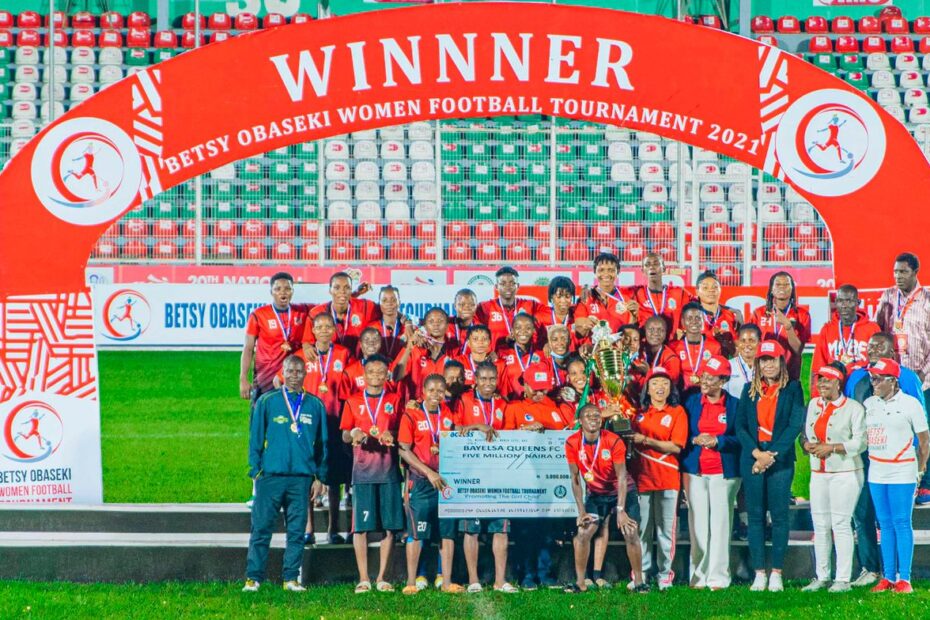 Organisers of Betsy Obaseki Women Football Tournament, Monday, gave out the prize money to winners of the tournament which ended weekend.

The eight teams that crashed out of the tournament earlier on were given consolation prizes of 500, 000 naira each before their departure from Benin City.

A statement from the chairman, organising committee, Mrs Sabina Chikere says the payment was in fulfilment of the First Lady of Edo State, Mrs Betsy Obaseki’s commitment to jack up the initial prize money of 3million naira, 2million naira,1million naira and 500,000 thousand naira.

While appreciating God for His mercy, the teams and their officials for their peaceful conduct all through the 10 days event, Chikere says it looks forward to their participation in the second edition of the football tournament.

“The committee also appreciates corporate bodies and individual who stood by it to make the tournament a huge success”, the chairman concluded.