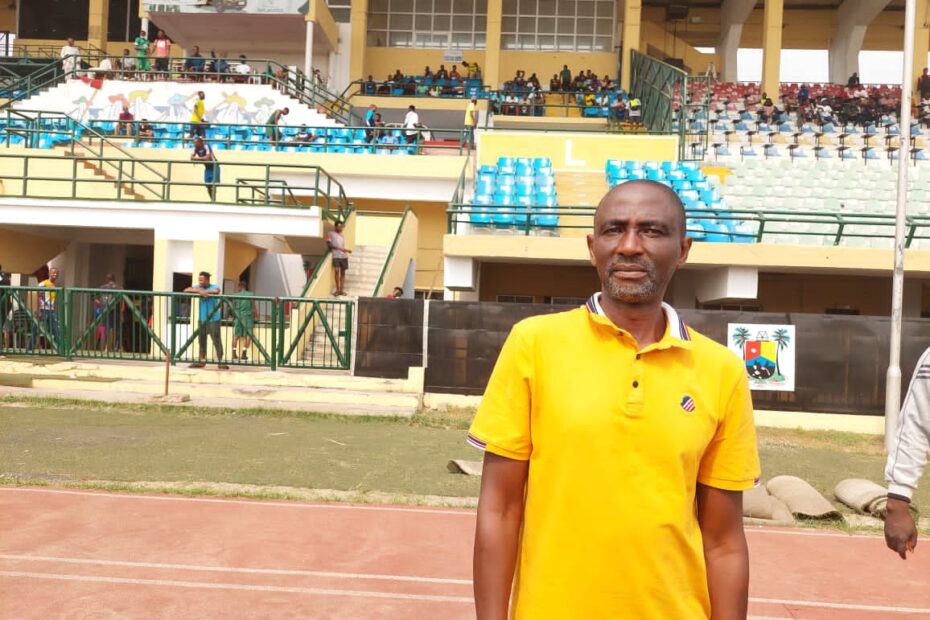 The yet to be unveiled Head Coach of Ottasolo Football club Oladuni Oyekale is excited and happy that he has just spent ten days with the club and yet they are in the finals of the Ekofootball NNL Preseason Tournament
” I feel elated , I thank God. It is not easy making it in a new town.
I just executed some little changes with what I met on ground and I am happy with the outcome from the players”.

The former coach of Crown Football Club further hinted that one of his major concern is the attack.
” I had substituted three players for that position alone in the course of the game. I am still hopeful of getting a quality striker that has a thing for goals.
With two , three weeks training together the team will achieve cohesion” He stated.

Oyekale who is also the first assistant coach of the nation’ U20 side the Flying Eagles stated that his aim is to gain promotion.
” If the owner of the team did not share same ambition of gaining promotion, he would have sold his slot.
We would try our best to actualize the dream of taking the team to the highest level and adding value to the team”.

Ottasolo football club is in a good stead of winning a cup this weekend as they tackle Ikorodu City Football Club in the finals of the Ekofootball NNL Preseason Tournament at the Teslim Balogun Stadium on Saturday by 11am.