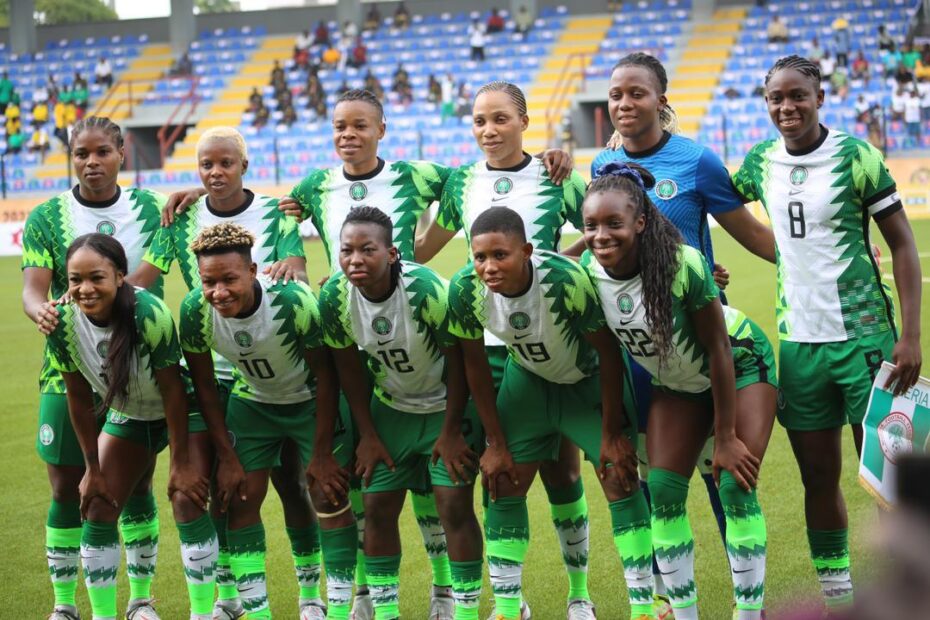 The President of Authentic Nigeria Football and Allied Sports Supporters Club, ANFASSC, Prince Abayomi Ogunjimi has opined that Tuesday’s loss to the Banyana Banyana of South Africa on final day of the Aisha Buhari Cup will spur the Nigerian female team to achieve in their subsequent engagement. Prince Ogunjimi who led his team of supporters club to the Mobolaji Johnson arena, Onikan Lagos Island to cheer the Falcons noted that a lot of positives were recorded.
He advised that there is a need to infuse fresh legs into the team and build another formidable set of Falcons that will rule Africa and aswell compete with impact on the global stage. He said “The defeat is a blessing in disguise, it’s a wake up call for us, it will ensure we prepare adequately for future engagements and put up a formidable team”. “We should not feel bad about the defeat, it’s a game of football, it’s a revelation that the South Africans have invested so much in female football and they will be up for the top prize at the next Africa Women’s Cup of Nations”. The ANFASSC supremo commended the organizers of the Aisha Buhari Cup, he harped on the need to sustain the culture and praised everyone behind its organization. “From the first day to the final day, it was super in all dimension, kudos to the Nigeria Football Federation, Chairman LOC, Barrister Seyi Akinwunmi and Madam Aisha Falode, it’s a huge success recorded which I believe will birth a new spark for women’s Football in Nigeria”. He expressed the continued commitment of the Authentic brand for all the national teams in the country, he said ANFASSC will leave no stone unturned in ensuring that the history of supporters club is rewritten in a beautiful dimension.