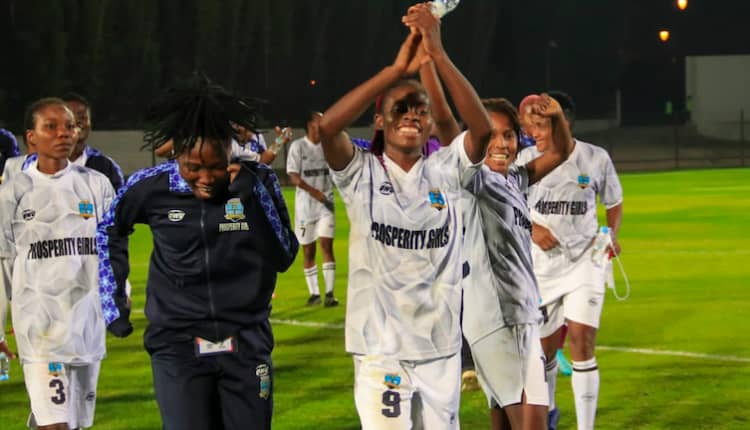 Falode, commended the Executive Governor of Bayelsa State, Douye Diri, and the Deputy Governor, Ewhrudjakpo Lawrence Oborawharievwo, for their positive investment made on the Prosperity Girls, such that the team emerged the third best in the African continent.

Falode, noted that: “The investment the governor made on Bayelsa Queens will surely have some impacts on the further development of women’s football league in Nigeria. The Prosperity Girls were handled professionally in all aspects of the game before and during the teams campaign in the 2022 CAF Champions League, much that, the teams not emerging the eventual champions of Africa was a matter of hard luck and nothing to do with the technical aspect of the game.

She stressed that in the entire CAF Women’s Champions League campaign, Bayelsa Queens of Yenagoa displayed high level intergrity,
transparency, fair play, credibility and respect to get to the height they attained.

The club showed readiness to compete fairly without compromising the intergrity to achieve deserved result on international stage.

Falode, congratulated Bayelsa Queens for being worthy Ambassadors of the Nigerian premiership clubs, the Nigeria Women Football League and the country, Nigeria.

She urged all the existing Premiership clubs and newly promoted clubs to be ready to embrace the Club Licensing regulations ahead of the commencement of the 2022/23 Nigeria Women Football Premiership League season.