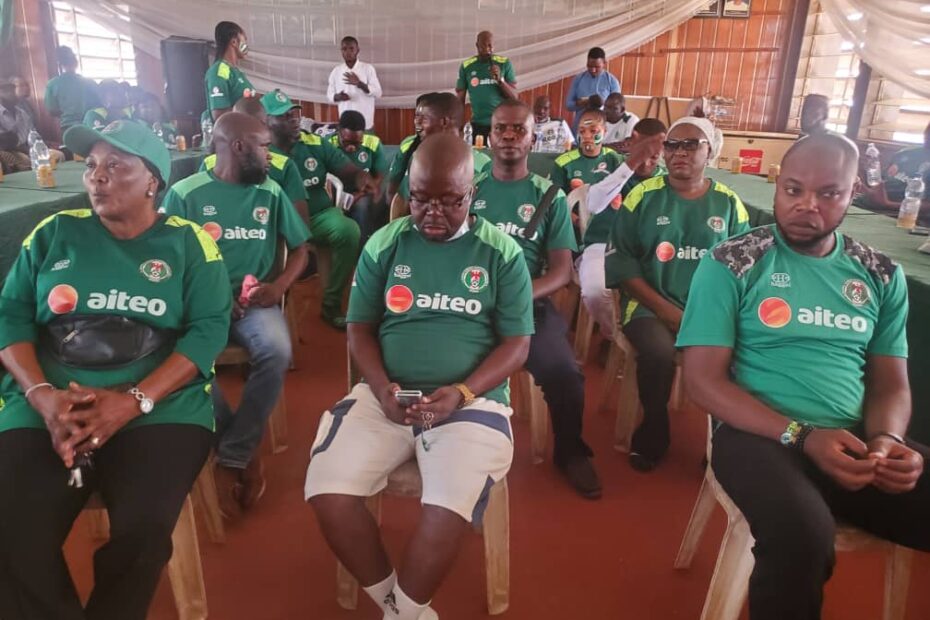 The Super Eagles Supporters Club, a local initiative by Prince Vincent Okumagba has now gone global following his recognition as the number one football fan leader in Nigeria by FIFA, a feat which has lead to a robust partnership with the Kwara State Government, the next destination for Sports in Nigeria.

Activities started 24 hours prior with the Kwara State Deputy Governor, Hon Kayode Alabi hosting the Super Eagles Supporters Club leadership before leading the entourage to the number 1 indigene of the state, his Excellency, AbdulRahman AbdulRazaq, the Governor of Kwara State.

The Kwara State Government only a few days ago, inaugurated the state Sports Commission board with plans in place to renovate the Ilorin and Offa stadiums to international standard with the intention of playing host to the different cadres of the Nigeria national team in the immediate future.