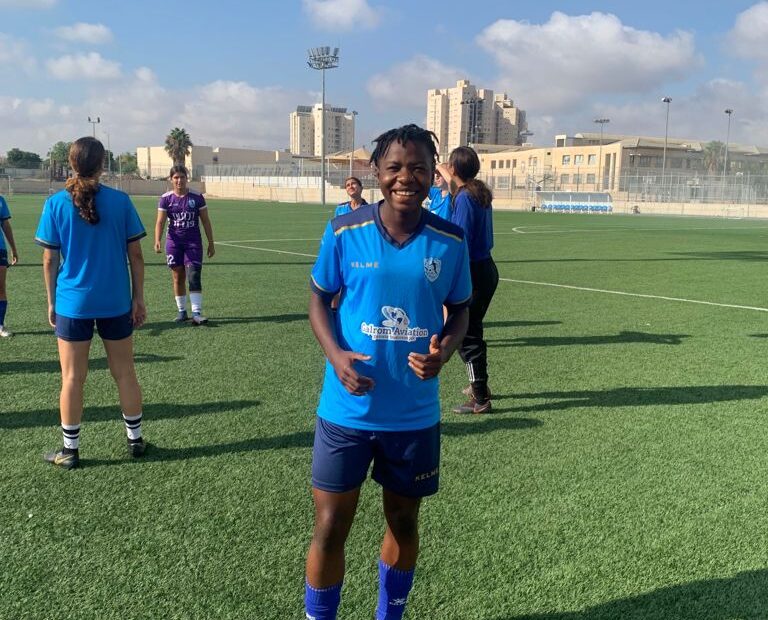 After playing in the finals of the 2021 Aiteo Cup for Bayelsa Queens and bagged a goal and an assist in the final, Peace Effih has joined FC Kiryat Gat from the Nigeria Women Football League (NWFL) Premiership side.

The former Sporting de Huelva and Zaragoza CFF midfielder has now settled down well in Israel as she scored a hat-trick in a test match in the past week.

She has traveled with the Club for their UEFA Champions League Qualifiers to be played on the 18th and 21st.

She joined Bayelsa Queens FC ahead of the 2021 NWFL Premiership Super Six at Ijebu Ode from Spanish Reto Iberdrola side, Zaragoza CFF and was instrumental in the club’s maiden Aiteo Cup triumph.