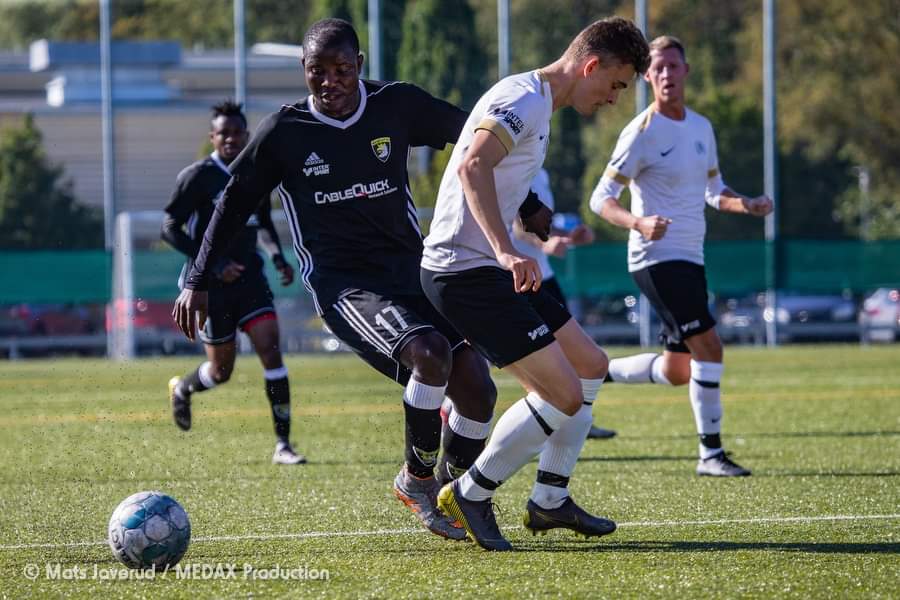 Malmo city FC has not found it rosy this season compared to last season that the team came 2nd and missed promotion by the whiskers.

Malmo City FC smarting from a home defeat the previous week needed to make a positive impression as they travelled for an away game against Veberod AIF in the Southern Gotaland division 3.

The match ended 1 – 2 in favour of Malmo City as Tayo Saliu Junior who is a former player of Chykap international football club LAGOS, had no difficulty in equalizing an 18th-minute deficit inflicted on Malmo by the home team in the 55th minute. It was a beauty of a goal by Tayo Saliu as the goal gingered the home team to push more.

It was a left-footed volley that held the opposing Goalkeeper rooted to the spot as the shot travelled from outside the box as it sailed into the net seamlessly.

As the match progressed, the visitors were reduced to 10 men but they fought gallantly to get the winning goal in the closing minute of the game through Emim Karaman.

Tayo Saliu Junior has been involved in all the 9 matches played so far by malmo city fc scoring 2 goals and 4 assists.