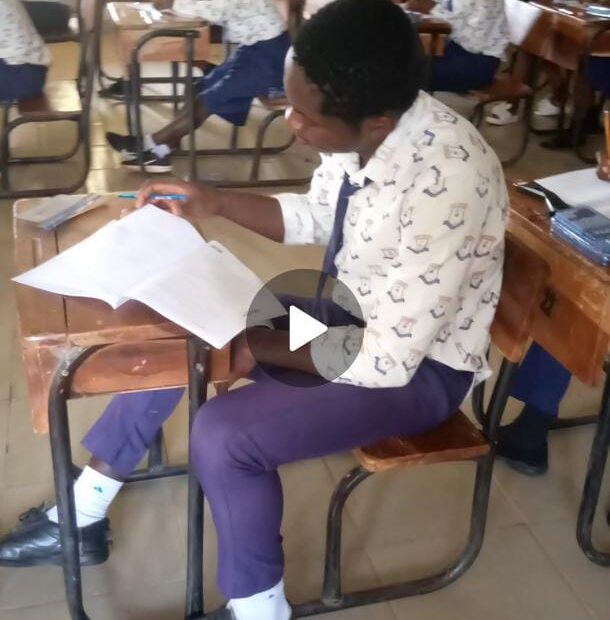 School Boy player Onuche Ogbelu has teamed up with his mates in school for the on going Senior Secondary School examinations organized by WAEC after his successful outing with the Flying Eagles of Nigeria at the recently concluded WAFU B tournament in Niamey, Niger.

Onuche, an attacking midfielder in the just concluded Under 20 tournament is a Senior Secondary School student of Fosla Academy, Karshi-Abuja. A school owned by the former President of the Nigeria Football Federation, Alhaji Sani Lulu Abdullahi.

She described the player as a very brilliant student, who is always determined to succeed in his career. Onuche on his part said his attention has totally been shifted to his academic after the U. 20 tournament in Niamey, Niger Republic, saying that they have been trained in their school to combine football effectively with education.

“after my examinations, I will fully rejoin my team, Fosla FC in our quest to gain promotion to the NNL by the end of the season.”

Fosla FC is expected to resume the second stanza of the NLO Division 1 League on Friday 10 June. They finished the first stanza as tops of Group F1.