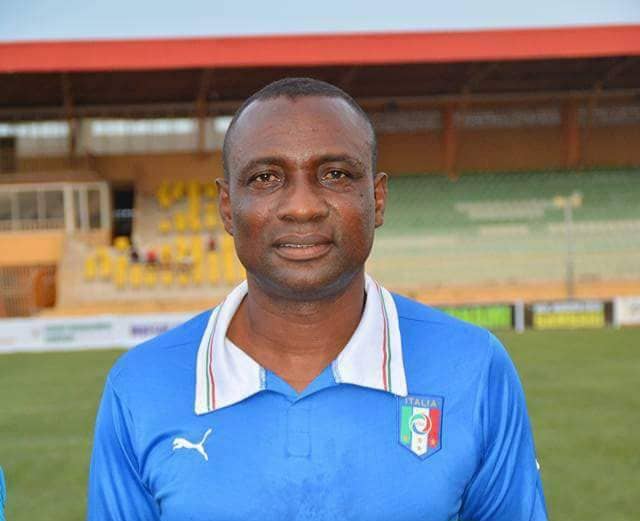 Samuel Elijah, a member of Flying Eagles squad that lost to Portugal 2-0 at the final of FIFA U -20 World Cup in Saudi Arabia in 1989 has praised Nigeria Football Federation (NFF), for appointing Nduka Ugbade as the chief coach of the National U – 17 team of Nigeria, Elijah who spoke to the Golden Eaglets media Officer Francis Achi.

Elijah, who was at the FIFA goal project to witness the on – going screening exercise of the most successful national team of Nigeria, said that Ugbade fits perfectly into the role given to him by the NFF and he is discharging his duties as a sound football technocrat.

“To be honest Nduka Ugbade is doing a good job and I think NFF did well by appointing him as the chief coach of the Golden Eaglets,” Elijah, who scored Nigeria’s winning penalty against Soviet Union at the quarter finals of 1989 FIFA U – 20 World Cup told Francis Achi.

“You could see transparency. He allows players to test their abilities and the ones that could not be tested, were asked to come  the following day and they were tested.

“The players dropped knew that failed to meet up. There is no time, but Ugbade is patient to allow all these players come for trials.

“He has been directing the affairs of the screening from the centre of the field. He sees all the players in action.

“He surely knows what he wants and hopefully he will achieve success with the team at the WAFU B U -17 tournament in Ghana,” he said.