Betsy Obaseki Cup 2022: Harvest Of Goals On Matchday One 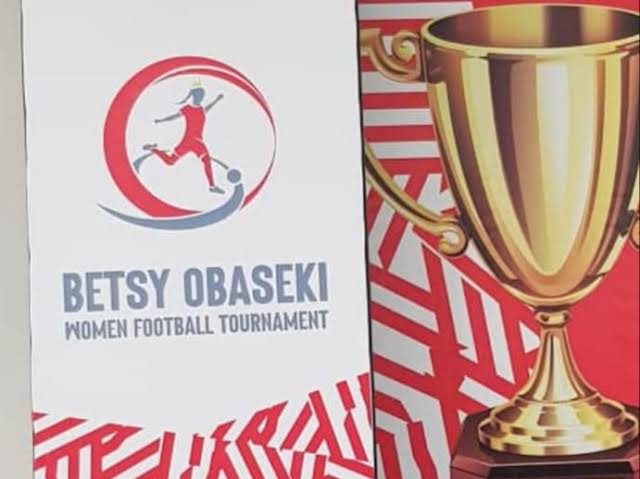 Plenty of goals were recorded on the first day of the second edition of Betsy Obaseki Football Tournament, which kicked off in Benin on Thursday, in the Capital City of Edo State.

The yearly Women’s Football Tournament was initiated to help curb social-vices common amongst the youth, especially in the state.

This year’s event is focused on driving the Government’s Campaign against Drug Abuse.

A total of Nineteen(19) goals were recorded in three games, as the duo of FC Robo Queens and Edo Queens defeated their opponents by 9-0 respectively, while Confluence Queens defeated Naija Ratels by a lone goal.

Moses Aduku Couldn’t have asked for a perfect start to his reign as Edo Queens Gaffer, as his team Edo Queens mauled their opponent Royaltoms International FC, 9-0. Yetunde Fajobi Came off from the bench to score a hat-trick, while former Bayelsa Queens Captain Joy Jerry and Eunice Godwin scored a brace each.

In the other game of the day, FC Robo Queens also ran riot past Bravehearts Ladies, with Taiwo Lawal & Folashade Ijamilusi hitting four goals each in an encounter that saw the ‘Lagos Landladies’ holding most of the ball possessions.

Confluence Queens had to score just one goal in the 18th minute, through Chiamaka Osigwe to beat Neighbors Naija Ratels at the Western Boys Football Pitch, Benin.

Matches will resume tomorrow, Friday, the 9th Of September with Nasarawa Amazons & FC Robo Queens battling it out at the University of Benin Sports Complex, by 10am.