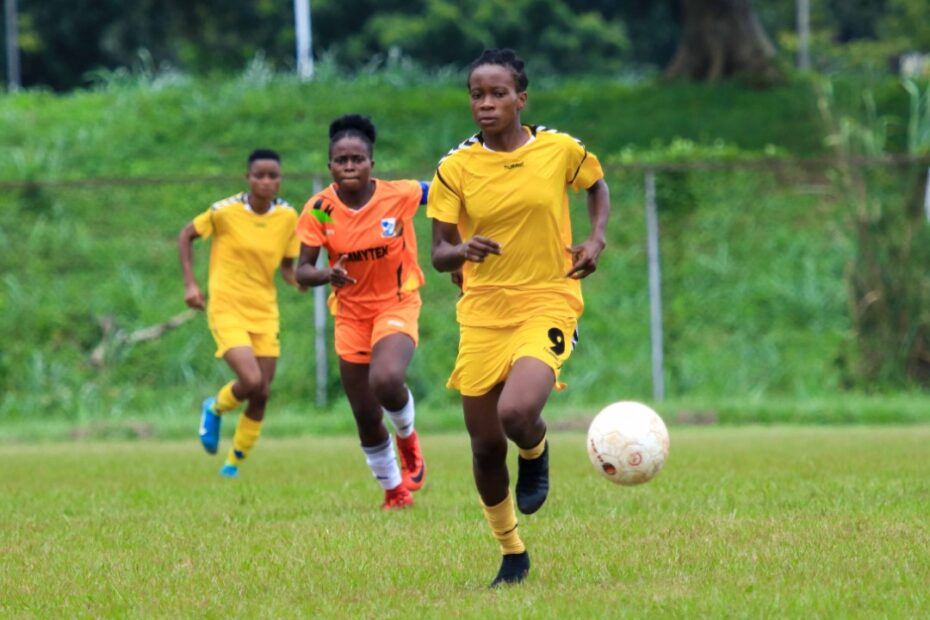 It has been an intriguing and interesting tournament so far and the Betsy Obaseki Women Football Tournament 2022 is down to the final eight. Who will prevail? Which players hold the key for their club? Here’s the top things to know ahead of the Quarter-finals.

After 12 (Twelve) games and 48 (Forty-eight) goals, the 2022 Edition of the Betsy Obaseki Women Football Tournament has been whittled down to the last eight teams.

The wheat has been separated from the chaff, which left the likes of Royaltoms International FC, Bravehearts Ladies, Osun Babes & Fortress Ladies subjected to early exit, with only the top two from each groups advancing.

The Quarter final encounters will be played on Monday, the 12th of September at two venues, the University Of Benin Football Pitch and Western Boys Football Pitch, Benin.

Here’s what you need to know about each about each upcoming Quarter-final at the Betsy Obaseki Women Football Tournament, including players to watch out for in every team.

These are two familiar foes, who have met a couple of times in the last few months, with Nasarawa Amazons having an advantage over the Abuja based side.

Dooshima Tarnum rested against Bravehearts Ladies after scoring the only goal against FC Robo Queens would be a player to watch, Amarachi Okoronkwo, Hembafen Ayatsea, Kesiana Ojiyovwi are other player the club will be depending on. Naija Ratels have a young squad with Paulina Ali, Motunrayo Ezekiel, Paulina Orshio and others.

Moses Aduku was former Coach of Heartland Queens. The experienced gaffer spent sometime in the Dan Anyiam Stadium, before moving to Bayelsa Queens, where he won some trophies. Yetunde Fajobi, Yemisi Samuel, Joy Jerry who just joined from Bayelsa Queens, Suliyat Abideen and a host of others will be hoping to help their team scale through, while Heartland Queens Coach Obi Ogbala will be depending on their fantastic Goalkeeper Uchechi Onyechere, forwards Victoria Bassey, Chinanka Chiwendu and Ezinne Nwokocha.

Two sides with very promising prospects. FC Robo Queens got to the Semi-Final last year and would be hoping to go past that stage this year. Osahon Emmanuel have Taiwo Lawal, Shukurat Oladipo, Folashade Ijamilusi to depend on, while Bashiru Liadi on the other hand will be relying on the likes of Saidat Adebiyi, Titilayo Abdullah, Amaka Isigwe, Esther Ossai and others.

The well known rivalry between these two teams will continue in the Quarter-finals of the Betsy Obaseki Women Football Tournament.

Delta Queens won a game, same as Royal Queens in the group stage. Peace Abbey, Mercy Omokwo, Chinansa Agoh are players Delta Queens will be depending on, while Royal Queens have the likes of Favor Ijeje, Ayomide Arowokeye, Valentina Uroko and Azeezat Obadun..