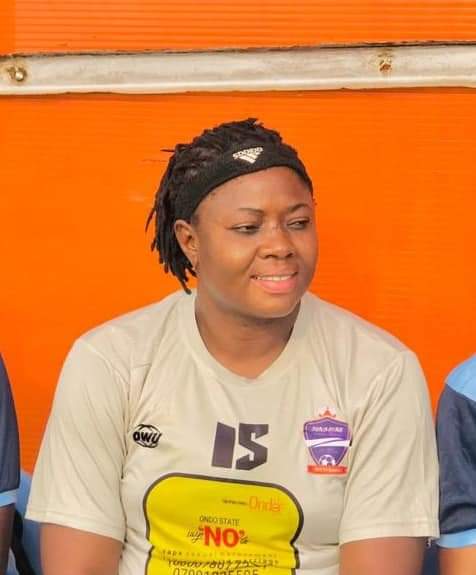 Veteran Goalkeeper Elizabeth Johnson is no more , the player died on Saturday according to the club statement.

Johnson who had shockingly trained with the team on Friday at the Akure township stadium had complained of having fever and feeling dizzy the following day.
The Goalkeeper was then taken to the hospital but unfortunately gave up before getting to the desired destination for treatment.

The late Elizabeth Johnson was an experienced Goalkeeper that had played for Sunshine Queens for a good number of seasons .
She was also part of the team that played against Rivers Angels last season in the much talked about NWFL Premiership Super 6 that took place in IJebu Ode.

The Nigerian Women Football community were shocked as the news of her death filtered in late Saturday.
She will be missed by her teammates, friends and loved ones.