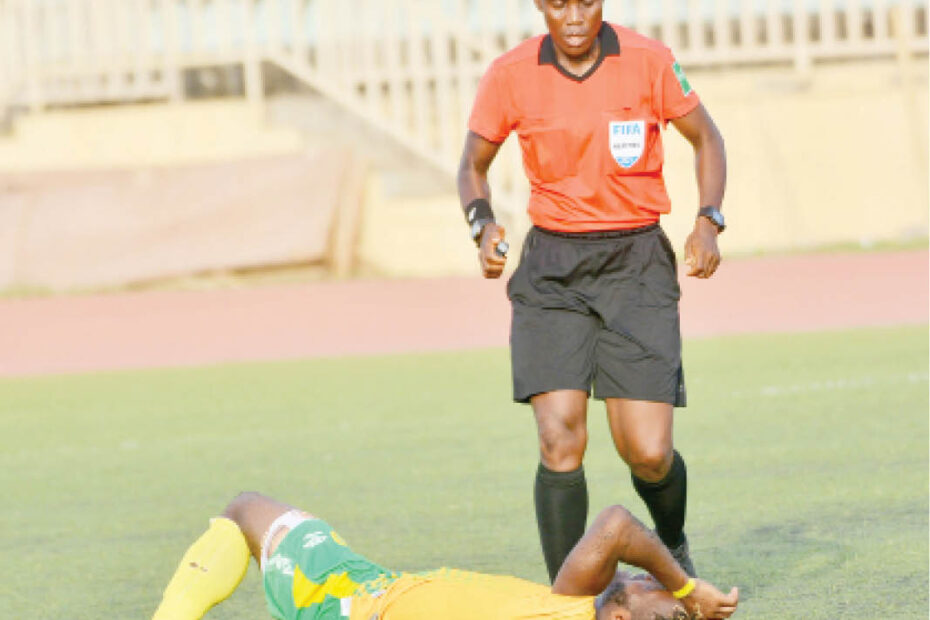 Following a Disappointing two defeats from two games that Nigeria’ representative Rivers Angels posted in the maiden edition of the CAF women’s champions league in Cairo Egypt.
All eyes will be focused on Nigeria’s only Center Referee in Cairo Patience ndidi Madu who was appointed to officiate the match between AS Mande of Mali and Malabo Kings of Equatorial Guinea on Thursday.

Madu a FIFA/CAF Elite A referee will be assisted by Mimisien Iyiohe also from Nigeria, Carine Atezambong AR 2 from Cameroon and Suavis Irantunga as the 4th official from Burundi.
The match assessor is fadouma Dia from Senegal.

Patience Madu who recently had a stint at the Tokyo 2020 Olympics won the best Female Referee in Nigeria at the last AITEO Awards held in Lagos during the Aisha Buhari Invitational women’s tournament. She officiated the match between South Africa and Ghana in the same tournament.

She also had the honour to officiate last season’s Men’s Aiteo cup final in Benin city which produced Bayelsa United as winners.

She is from the Enugu Referee Council.