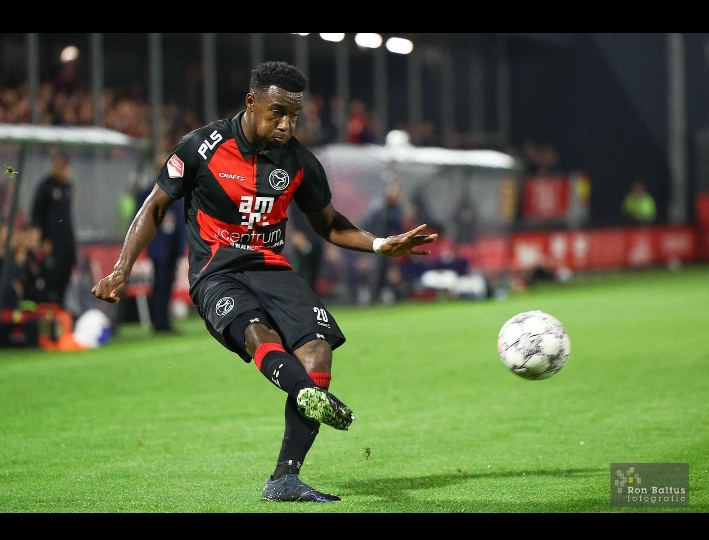 The 22 year old Nigerian Dutch born defender was at his best as he assisted Anthony Limbombe’s 86th minute goal to give the host the lead for the second time in the game and maximum three points .

Akujobi who plays as right back was up and running throughout the game which culminated in the offensive defender scooping the “Man of the Match Award.”

Speaking after the match, the Nigerian defender expressed delight after producing such a performance while further adding his Club’s target.

Almere City is set to make a statement at the Dutch division in current campaign and are currently third on the log, with 26 points.