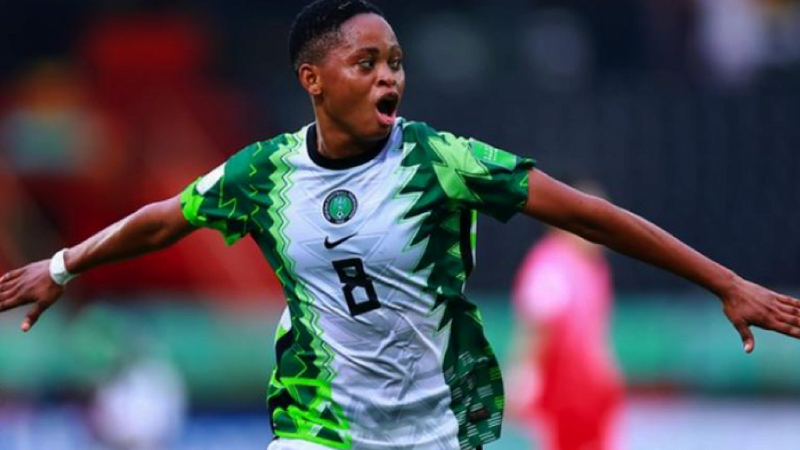 FC Robo Queens Midfielder Esther Oyenezide has labeled her journey to the Super Falcons as a dream come true and can’t wait to get a chance to play for the Nigeria Senior Women Football team, when they face The Nadeshikos of Japan in Kobe on Thursday.

The Young and skilful Midfielder had a great tournament at the last FIFA Women’s U20 World Cup and thus earned her call up to the Super Falcons. An opportunity she relishes alot.

Oyenezide didn’t get a chance to play for the Super Falcons double tie against the United States of America Women team in Kansas City and Washington DC last Month, but is really looking forward to make her debut in Kobe.

“It’s indeed a great honour for me to be in the midst of well experienced team, like the ones we have here. A rare honour indeed and for me, I came here to learn and gather more experience that would make me a better player.

“The senior players treated me with alot of love when I was first came in the squad. They were nice to me and encouraged me alot. They gave me a lot of confidence to want to dream more about playing for the team.

“I didn’t get the chance to play, the first time I was invited to the Super Falcons in the two-legged U.S Women National Team Games.

“I promise to give my all, whenever I am called upon. It’s a rare opportunity and one that would remain with me for the rest of my life.” She concluded.

The game between the Super Falcons of Nigeria and the Nadeshiko of Japan will take place on Thursday, October 6, 2022.

It will kick off at 8:25 AM Nigerian time and will be available on the Nigeria Football Federation (NFF) official Social Media handles.