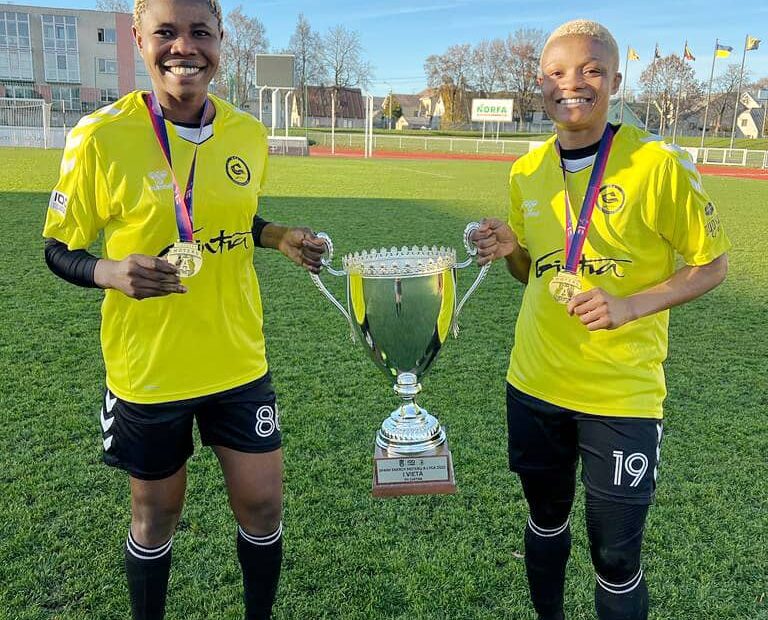 The Ondo-born Forward also scored a brace in her team’s last game against FK Saned, a game that was used to round up FC Gintra’s successful season.

With 10 goals in the Lithuanian Spark Energy Women’s League and 6 goals in the Baltic League, Koku certainly would be fulfilled and looking up to a better season, come next year.

“It was a wonderful season for me and my teammates. We worked so hard and deserve to be Champions of the League.

“Scoring those goals wouldn’t have been possible without my teammates. It’s a great Achievement for me, scoring alot in my first season at the club. Everyone showed me love and wanted the best for me and the team.

“I hope to achieve more by scoring more goals and helping my team”. She concluded.

FC Gintra’ are the most successful Women’s Football team in Lithuania and have won 21 League titles since inception (1999).