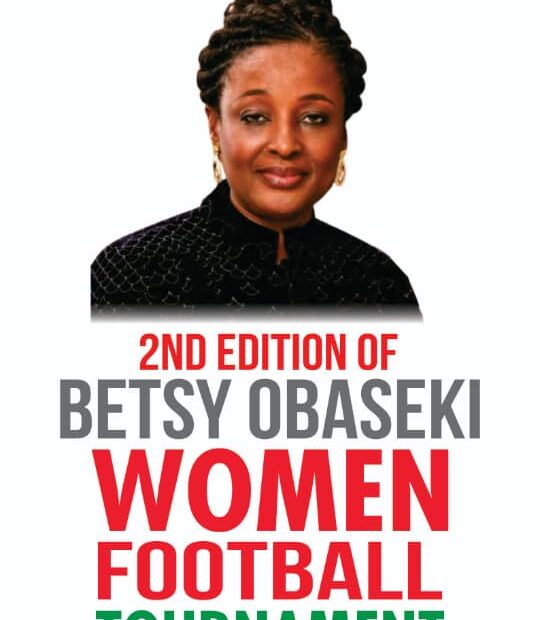 The Chairman/Chief Executive Officer of the National Drug Law Enforcement Agency (NDLEA) and wives of 20 governors across the country are among guests expected at the ‘Say No to Drugs’ lecture/seminar, taking place tomorrow, September 14, 2022, in Benin City, the Edo State capital.

The seminar/lecture is part of activities for the ongoing Betsy Obaseki Women Football Tournament (BOWFT), holding in the state’s capital between September 7, 2022 and September 17, 2022.

Marwa is the keynote speaker, while the governor’s wives will be led to the all-important event by the Chairperson of the Nigerian Governors’ Wives Forum, Her Excellency, Erelu Bisi Fayemi.

A paper “Drugs in Sports,” will be presented by Professor of Sports Medicine, Prof. Ken Anugweje, who is the Chairman, National Anti-Doping Committee and Director, University of Port Harcourt Sports Institute, Rivers State.

The tournament in its second edition is aimed at checking social vices among the girl-child, with this year’s edition focused on raising awareness on the adverse effects of drug abuse among youths.