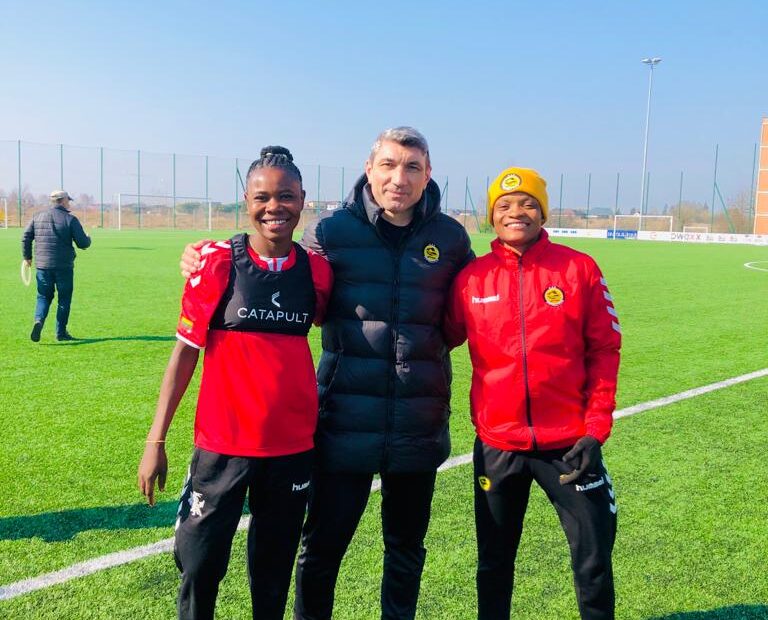 Damilola Koku has expressed delight at the recent move she made to WFC GINTRA from Rivers Angels, she made the move with Super Falcons Vivian Ikechukwu her team mate. GINTRA plays in the highest league in Lithuania.

” I am excited that I finally got a good platform to exhibit my God given potentials.
I have played for various clubs in the NWFL Premiership in the past that helped build me in different capacities but I must confess that Rivers Angels is the icing on the cake that exposed me to the world”.

The very energetic and positively aggressive player who scored six goals for Ibom Angels before switching over to Rivers Angels was glad that CAF took the initiative to introduce the CAF women Champions league which Rivers Angels partook in Cairo as Nigeria’ league champions and representative.

“The Super 6 in IJebu Ode last season was a learning curve for me while the trip to Abidjan for the WAFU B elimination series and the CAF women’s champions league in Cairo was the Golden opportunity I needed to show my quality.

“WFC GINTRA is a very ambitious club playing in the champions league, I would put in my best to make a difference in my new team”.

Koku speaking exclusively to tobexmedia.com also said that no matter how fulfilled you are with so many laurels , there would still be a void until you represent your country in any level or capacity.

“People quickly notice me because of my work rate on the pitch, I want to translate it representing the Super Falcons in the nearest Future”.

Damilola koku crowned the disastrous outing of Rivers Angels in Cairo with a personal achievement by scoring a goal with two assists in the last group match and earned the player of the match award.