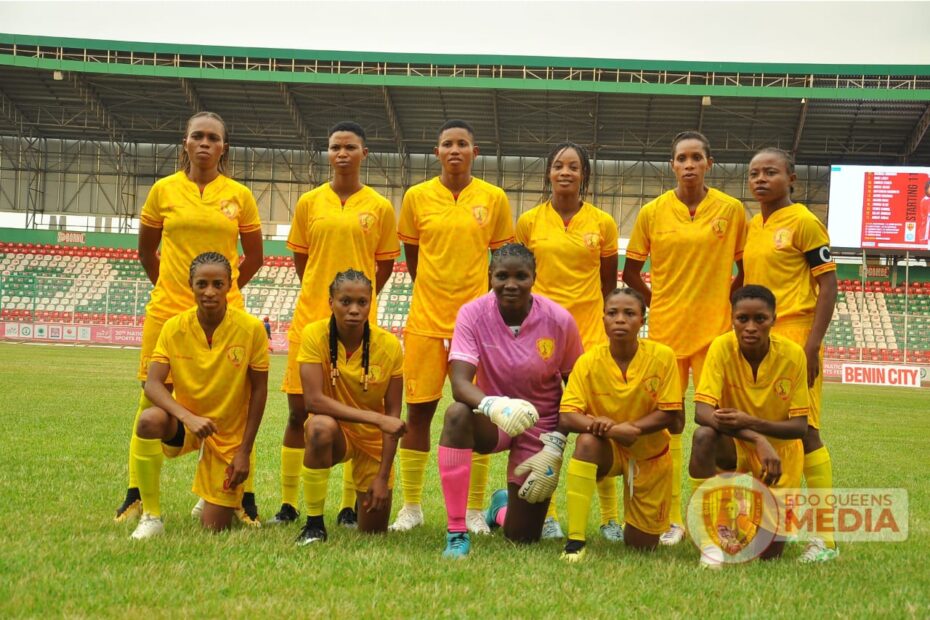 All is now set for Edo State to host the best of the Nigeria’s Women Football League, the Super Six Tournament billed for Monday, May 16 to Sunday, May 22, 2022.
Six giants in the fast developing women league will battle for the sole ticket to represent Nigeria at the regional second edition of the CAF Women Champions League .
The six participating teams are host state team, Edo Queens , defending champion Rivers Angels, Bayelsa Queens, new corners, Naija Ratels, Nasarawa Amazons and runners up in the first edition, Delta Queens .
The teams qualified from two groups based on their placement in each group in the regular season.

While Nasarawa Amazons, Edo Queens and Naija Ratels emerged the three best teams from their group, Bayelsa Queens, Rivers Angels and Delta Queens outwitted other teams to pick the three available tickets from their group .
Edo Queens who narrowly lost the top spot by a point to Nasarawa Amazons at the conclusion of the 2021/2022 regular season is poised to clinch the top prize going by preparations , motivation by the state government and support by the home fans in Benin.

The Samuel Ogbemudia Stadium and the University of Benin Sports Complex are the two venues with three matches scheduled daily .
Two games will be played simultaneously by 10am and 4pm respectively.

The hosting of the Nigeria Women Football League Super 6 is a pointer to the fact that Edo State is a sports hub and preferred destination for stakeholders as well as investors in the sports industry with state of the art facilities .
No wonder , the state successively hosted the Aiteo Cup for male and female categories, the Betsy Obaseki pre season women football tournament , the 20th National Sports Festival and now set to host the 2nd edition of the Super 6.