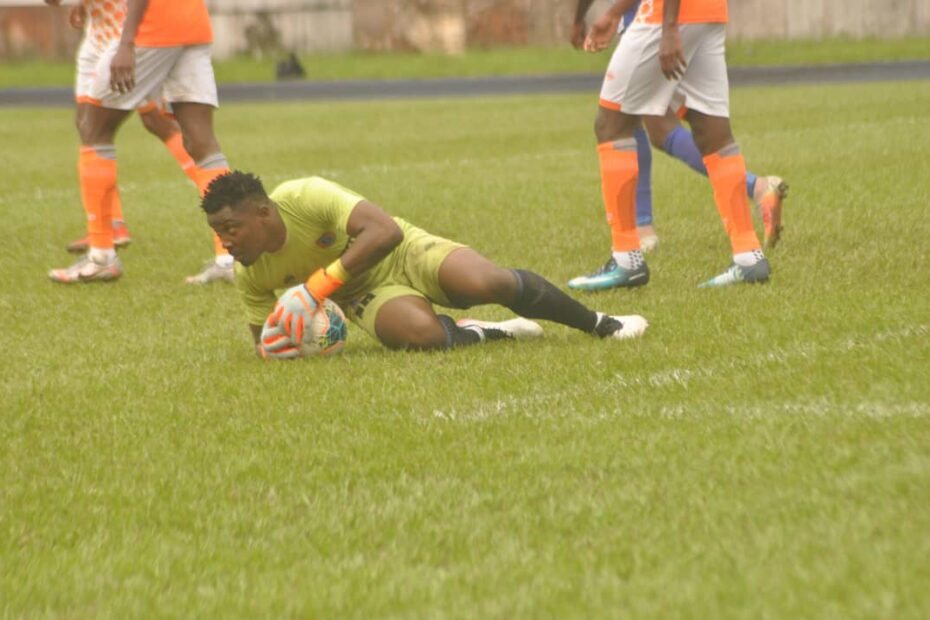 Following team 0-3 defeat at home by the visiting Rangers International FC of Enugu in the Matchday18 in Uyo, Goalkeeper of Akwa United Efala Jean Konguep has apologised to their soccer fans as well appeal to them that team will return to its winning way with their next league game against Rivers United in Port Harcourt on Sunday.

Akwa United was defeated 3-0 over the weekend by the coal city Antelope which left the team on the 6th position with 27 points.

Efala told the media after the game that, ” Its football and anything happens but its is not the end of it because i know we will definitely make up for this lose.

“I do not have much to say than to apologise to my fans because i know they are devasted right now but we as a team will put back the smile on their faces hopefully this weekend against Rivers United by the special grace of God.

“They should continue supporting and praying for us. Our continental dream is still important to us and with their support we will achieve it by the end of the season.” Efala Jean assured fans.