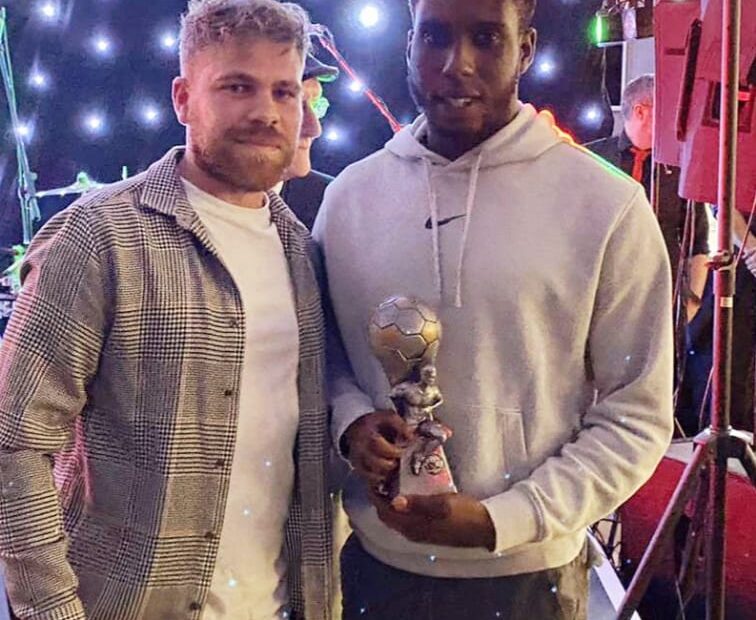 Nigerian born and Oxford United U-23 Star Pelumi Maxwell has been named the League One U-23 Managers Player Of The Year for 2021-2022.

The 19-year old had a memorable year for the League One U-23 side and showed alot of great quality on and off the pitch to win the prestigious award.

The award is seen as potential precursor to the talented teenager getting into the first team of the League One side, which was well earned, as Managers of all U-23 sides in the league voted him as their best player of the season.

A commanding decisive figure on the pitch, Maxwell has also epitomised the collective hunger and desire that has characterised the Oxford United U-23 side and is mainly known for his speed, energy and offensive capabilities, as well as his technique, dribbling skills, creativity and crossing ability. He plays mainly as a right full back and is compared to Manchester City Portuguese Defender Jao Cancelo.

The elated youngster revealed his pride over the individual award, while also praising his teammates and coaches for the support all through the season.

“It’s a huge honour to be named the English Football League One (U-23) Managers Player of the year for 2022.

“It’s a huge privilege. I am very happy, but I couldn’t have done it without my teammates.

“Everyone in the team deserves this award. It means something special, because normally the forwards are the ones usually receiving this kind of awards, but for me getting this prize, I believe it’s a major example of our team and the way we work.

“It reflects all the togetherness we have on the pitch, the spirit in the team and how we perform.

“I want to thank everyone that made this possible, my teammates, my coaches, my parents and everyone at the club, including the kitmen and the physio’s.

“I work really hard in training, I try to give my best and am glad all my hardwork wasn’t unseen,” He noted.

“I will continue to do more, and eventually get into the first team next season.

Maxwell is the Captain of League One U-23 side, Oxford United and a proud Nigerian, who cherishes a call up to play for his fatherland.