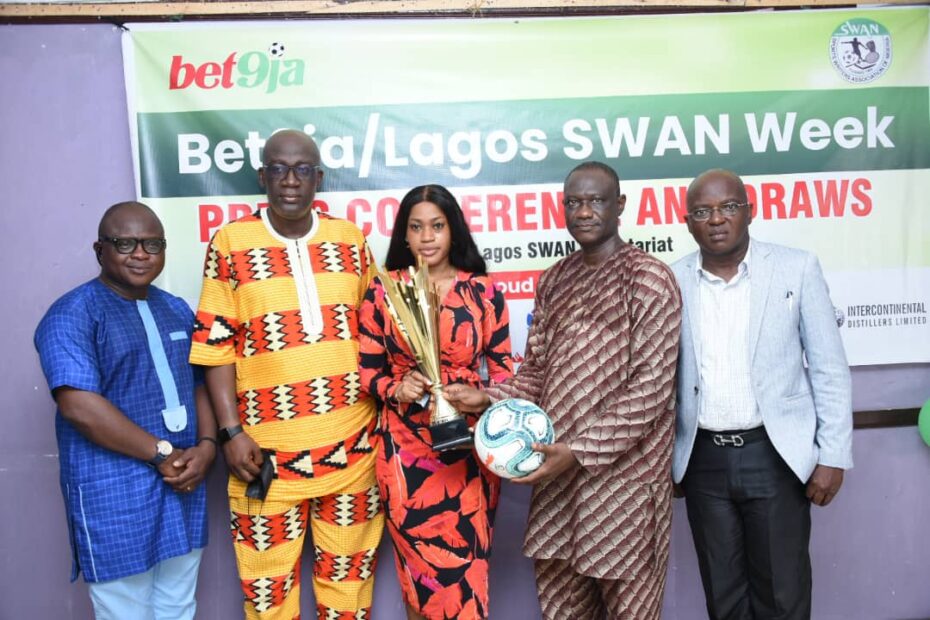 The Sports Writers Association of Nigeria (SWAN), Lagos chapter, has condemned in its totality the activities of the Directorate of State Security (DSS) officials for invading the association’s secretariat on Friday.

The association, in a statement signed by its Chairman, Debo Oshundun, on Saturday, craved for timely intervention appropriate authorities to step in the matter before it’s further degenerates.

Lagos SWAN revealed that the officials of the Directorate of State Service invaded the Lagos SWAN Secretariat without court injunction or summon for their action as against the standard practice.

“DSS operatives stormed our Secretariat in three Hilux vehicles at about 10 a.m., with the sole aim of sealing the building.

“But shortly before sealing off the premises, the Operatives ensured that a Caretaker Committee was inaugurated to take charge of the affairs of the association despite duly-elected Executive Members inaugurated by NUJ and led by Mr. Debo Oshundun still in office.

“After sealing off of the Lagos SWAN Secretariat inside the National Stadium, the DSS operatives moved to Teslim Balogun Stadium with a towing vehicle to remove the Lagos SWAN bus given to us by Gov. Babajide Sanwo-Olu with the instructions of Honor Sirawoo, the factional President of SWAN, who is the current Permanent Secretary, Rivers State Ministry of Youth and Sports.

“Sirawoo instructed the DSS to bring the bus to Port Harcourt his base. The bus was donated by Lagos State governor to the state chapter of the association.

“It took intervention of the Chairman and The Director- General of the Lagos State Sports Commission to ensure that the bus was not taken away by the DSS working with the instructions of PS in Rivers State Government.

“On this note, we challenge the DSS to tell the world its role in the affairs of Lagos SWAN who in no way threatens the state security.

“We like to state clearly that there are no court injunctions or summons to the effect of sealing our cherished Secretariat. Such approach reminds one of Baboon Republic back in the day.

“We appeal to the Directorate of State Service to refrain from dabbling into SWAN affairs and to also discharge its activities without favour to any party.

“Sealing the Lagos SWAN Secretariat without recourse to court injunction or summon is ridiculous and saddens our hearts, that a government agency discharged her duty without due process.

“However, we told our members to remain calm and go about their business in the face of the humiliation.

“We are appealing to the NUJ President for timely intervention in order to ensure that the situation does not further degenerate,” the statement read.