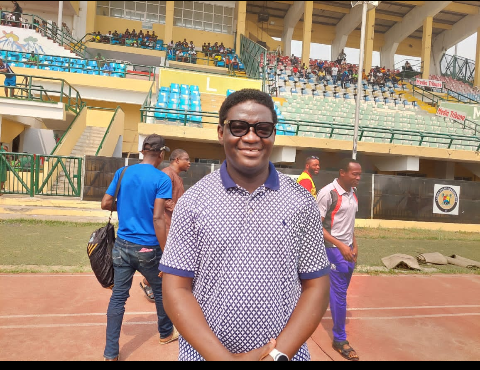 The Director General of the Lagos State Sports Commission Mr Gafaar Oluwatoyin Bolowoton has attributed the success of Lagos State in Sports to His excellency Mr Babajide Sanwo Olu.

Speaking exclusively to tobexmedia.com recently in Lagos Mr Oluwatoyin Gafaar Bolowoton says the Governor’ support has been whole some.
” Whatever in Sports we send across to His excellency from the Commission
with good reasons is speedily approved.

Every Glory and achievement that the Lagos State Sports Commission has achieved so far is because of his excellency Mr Babajide Sanwo Olu”.

When pushed further to be more specific on the great Mile achieved by the Commission and the secret behind it especially as a pace setter for other State Commissions, Gafaar elaborated
” When an idea is inspired with genuine developmental goal , it is inspired with great replacement method and at the end produces a greater Lagos. That is why I say Mr Governor has been fantastic in his support”.

On the recently concluded Ekofootball NNL Preseason Tournament
” The Tournament is a good one to prepare Lagos Teams for the task ahead.

The Sports Commission supported ekofootball in line with the vision of the Lagos State Governor to provide an enabling environment for the development of Sports in the State.

I pray with the encouraging performance seen so far in the Tournament the teams.
I hope the teams haven’t given us false hope , bar that Lagos State is prepared for another premiership Team”. He concluded.