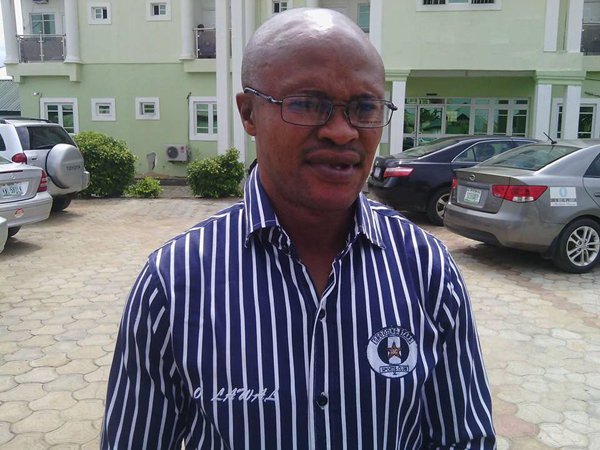 “A red card was given to a Shooting Stars player. It was merited, It was a second yellow Card.
I congratulate the N.R.A , I have never seen a Referee that stood her ground , very professional in officiating in an away game” – those were the words of the Team Manager Shooting Stars Dimeji Lawal (MON) after Gombe United played a goalless draw with Shooting Stars in Gombe in the NPFL Premier league opener week one in faraway Gombe.

The ex International had gone ahead to reel out the factors that affected his team for the crucial opening game in the NPFL .
It took the Stars 7 days to execute the match , the players were exhausted and the weather can not be overlooked he explained.

“If you tell me to
rate her in that match I will give Madu 97% .
She was tough , she was in control throughout the game.
If you can get such officiating elsewhere even in Ibadan, Nigeria Football would move forward “.

“The game against Gombe United wasn’t bad. We were outplayed but we went there to either get a point or three points. Our tactics work considering the long and hectic journey. The red card given to Shooting Stars player was his second yellow card. It wasn’t a direct card. To be candid, I congratulate Nigeria Referee Association (NRA). I have never seen such a referee that stood her ground in such a professional manner in officiating an away game especially in this set up. She stood her ground. I will mark her 97% as far as the game was concerned as she was in control of the game. If we can get such officiating everywhere even in Ibadan, Nigeria Football will move forward.”

The experienced Team Manager revealed his thoughts in an honest evaluation on his team and the center Referee, FIFA/CAF Elite A Patience Madu in a Sports programme (Sports castle) on Star FM 91.5
Take a listen.