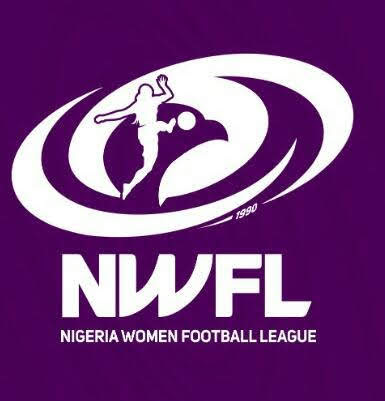 Ding dong merrily on high – it’s not Christmas yet, but the ancient city of Benin is bubbling with the aroma of football as the presence of Queens, Angels, Babes and Amazons lighten up  the ever-busy city of the great Benin Kingdom.

From Monday, the atmosphere will be  tensed as six giants in the Nigeria Women’s football league will by midweek be in between a win from claiming the most coveted NWFL Premiership title accompanied by the sole ticket to represent Nigeria at the regional level and should luck smile on their hard work, will be representing the country at the second edition of the CAF Women’s Champions League.

Benin City is gradually returning to its rightful place as the hub of sports and the Super Six definitely will say more about a sensitive government that has made sports one of its cardinal objectives – beyond taking youths out of the street, the tenure of the day is poised at setting the pace of how sports should be run in the country.

Six teams – Bayelsa Queens, Rivers Angels, Naija Ratels, Nasarawa Amazons, Delta Queens and home team, Edo Queens are all battle-ready and the grasses at the venues are ready to host them.

Nothing but the festival of zeal, passion, excitement, enthusiasm, dedication, football artistry and a lot of thrills and frills at its best. Teams are expected to match each other bone for bone and sweat for sweat to the excitement of the fans. Stars are expected to emerge, tears are expected to be shared, and joy is expected to feel the atmosphere as well as regrets and appreciation. Six coaches, all of who are national teams coaches, safe Delta Queens managers – – are expected to bring to the fore their technical know-how to the games and justify why they are selected as managers for the various national team – though you still require the presence of luck to perfect your outings.

Teams have beefed up their squad with some either permanent or loan deals for players in the league, whose teams couldn’t scale through and players from outside the shores of the country to deliver to them what they desire – apparently the Super Six title. A lot is expected from these teams that have been in intensive closed doors training spiced with tune-up games for over a month.

*A peep into the teams*

Nasarawa Amazons: No doubt, the overall winners for the regular season on the count of points (27), ahead of groupmate, Edo Queens by a point, are battle-ready and Coach Christopher Danjuma will wish his girls do him the favour of lifting the title.

Edo Queens: A better season than what has always been, missed the top of their group by  whiskers, but led by Coach Wemimo Mathew, the Obaseki Girls recorded fantastic results in the course of the season and are expected to go a step better than they were in the regular season.

Bayelsa Queens topped other teams in their group, coming third overall, but the restoration girls have done well to attract players to their team- just as others, but bringing in foreign players says a lot about what they expect from themselves.

Rivers Angels won the last edition in Ijebu Ode and are eager to make it two in two seasons. They have tasted the continent and know how sweet it is. So, expect more from them in this competition.

Delta Queens fought hard to earn 23 points, same as the second-placed team, Rivers Angels in group B and 1 behind table toppers, Bayelsa Queens – a very good account of themselves and signal to other teams that their coming to the Super Six will not be business as usual.

Not the least, but first-timer, Naija Ratels will have all eyes on them, going by their season’s performances and the crop of players the team has, then one need to watch out for Olowookere’s girls in this Super Six. Will they put up a surprise in this season’s Super Six? “First time is not a limitation” will surely be their slogan in this.

*Venues*
The Samuel Ogbemudia Stadium which is not new to many football lovers in Nigeria has hosted 50 percent of the national teams and the Aiteo Cup for both men and women as well as hosting the last edition of the National Sports Festival is a tested okay venue to host matches in the Super Six.

Arguably, the best tertiary institution football pitch will also see games played on it in the course of this tournament and housing about three thousand spectators at a go is also ready to host.

No one needs to talk more about this as their successes so far are visible to all and sundry and the discipline imbibed in clubs is another thing to write home about. Surely, you would agree that there’s nothing to worry about. The NWFL under the leadership of ace sports journalist, Aisha Falode.

Three matches are scheduled daily with two to be simultaneously played at the Uniben Sports Centre and Samuel Ogbemudia Stadium and Uniben at 10 am and another match by 4 pm, daily for the match days

*The host*
Edo State houses sports and there haven’t been any regrets for tournament owners since the current administration has thrown open gates for various sporting events to take place in the state. With assured security, experts medical personnel, 5 star hotels and relaxation centres across the City, Benin is ready to host the best NWFL Super Six to date.