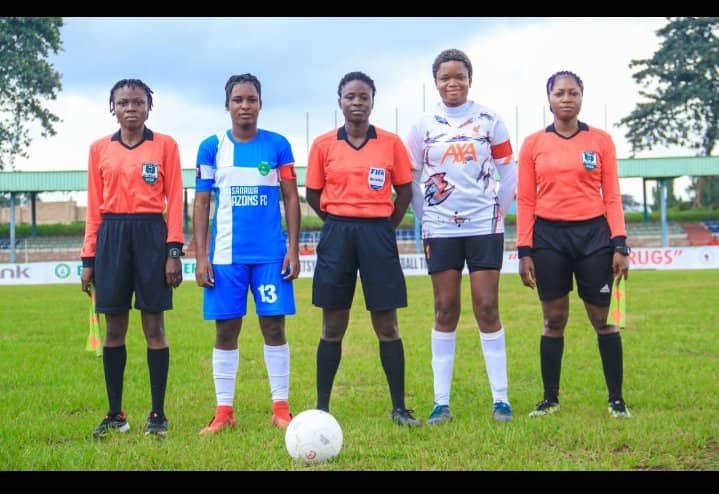 After an entertaining group stage filled with goals and fun aplenty, the 2022 Edition of the Betsy Obaseki Women Football Tournament is entering into the knockout rounds.

Four mouth-watering ties await us in the Quarter-finals, starting with the Nasarawa Amazons versus Naija Ratels game on Monday at the University of Benin Football Pitch.

On that note, let’s have a look at the ten most interesting stats from the group stage of the Betsy Obaseki Women Football Tournament holding in Benin City, Edo State.

The trio of Nasarawa Amazons, Confluence Queens and Edo Queens are the only three team who produced a perfect record in the group stage.

It is truly amazing that with just 12 games in the group stage, a whopping 48 Goals was scored.

These two teams conceded 30 (Thirty) goals between them in the group stage.

These teams scored a total of 21 goals in the group stage.

Folashade Ijamilusi and Taiwo Lawal of FC Robo Queens both scored four goals each in their opening match against Bravehearts Ladies.

Edo Queens played two games and scored 10 goals, conceding none, while Delta Queens played only a game against Heartland Queens which they won 2-0.