Betsy Obaseki Women Football Tournament 2022: Experiencing The feeling Of Being A Champion Is The Ultimate For Me – Edo Queens Yemisi Samuel Hopes For Top Finish In Benin City 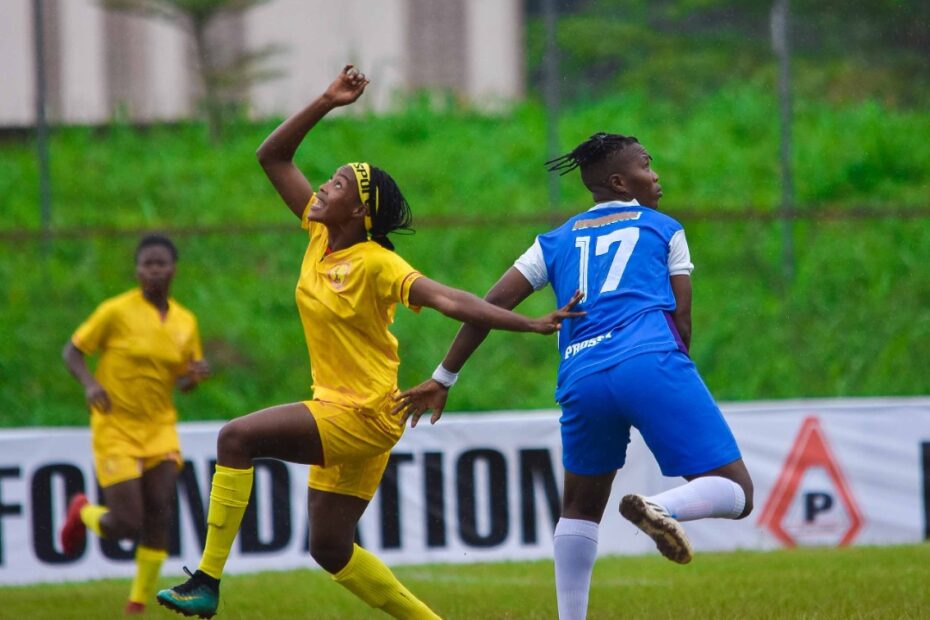 Edo Queens Forward Yemisi Samuel is determined to experience the ‘special’ feeling of lifting Betsy Obaseki Women Football Tournament infront of the home fans as they prepare to come up against FC Robo Queens on Friday’s final at the Samuel Ogbemudia Stadium, Benin.

The young forward joined from Osun Babes two seasons ago and has become an integral part of the Benin based side.

Samuel, who was Edo Queens Topscorer last season, is optimistic that they can lift the Betsy Obaseki Women Football Tournament Trophy right at their home ground and knows it’s going to be remembered for a very long time.

“It would be a very special moment for me,” She noted.

“We have a great squad and want to achieve something different this time around, by lifting this trophy.

“We are already excited about getting through to the final and everyone is ready and so hopeful we can win tomorrow.

FC Robo Queens won Edo Queens in the final of one of the Pre-season Tournament last year and also crashed them out of this year’s AiTEO Cup Championship, but Edo Queens won them in last year’s Third place game of the Besty Obaseki Women Football Tournament.

They will face each other at the Samuel Ogbemudia Stadium, Benin in the final of the 2022 Betsy Obaseki Women Football Tournament.