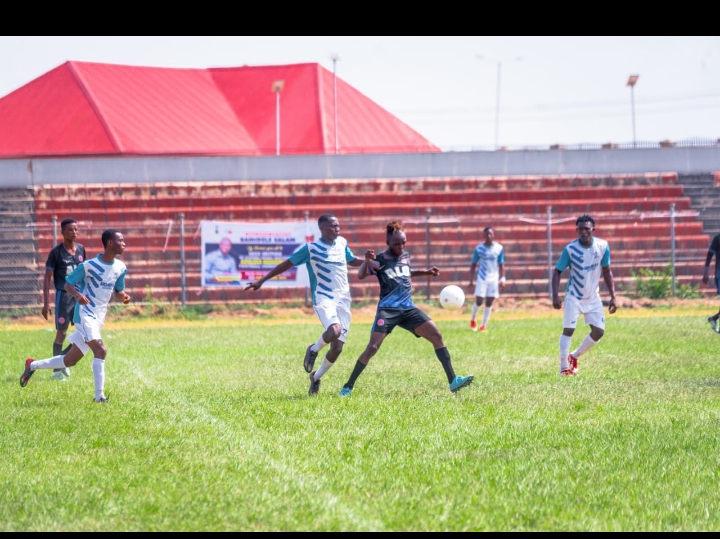 The Osogbo based team defeated their opponent, Oriade United FC, by 1-0, courtesy of a goal scored by Adebayo Tosin in the 78th Minute of the encounter.

Odo-Otin Utd FC also sealed their place in the Quarter Finals after an enthralling encounter with their counterpart, Olorunda Utd.

Olorunda Utd started out well, but failed to convert their chances early on, thereby leading to Odo-Otin Utd scoring twice in fifteen minutes, through Moshood Olaniyan and Joseph Afolabi in the 59th and 74th minutes, after which Sodiq Alabi scored a consolation goal in the 79th minutes as the game ended 2-1 in favour of Odo-Otin Utd.

Round of 16 matches will continue on Friday, the 23rd of December at the Osogbo City Stadium. Boluwaduro United FC will face Orolu United by 10am, while Ila United and Isokan Utd, Apomu will trade tackles by 12pm on the same day.