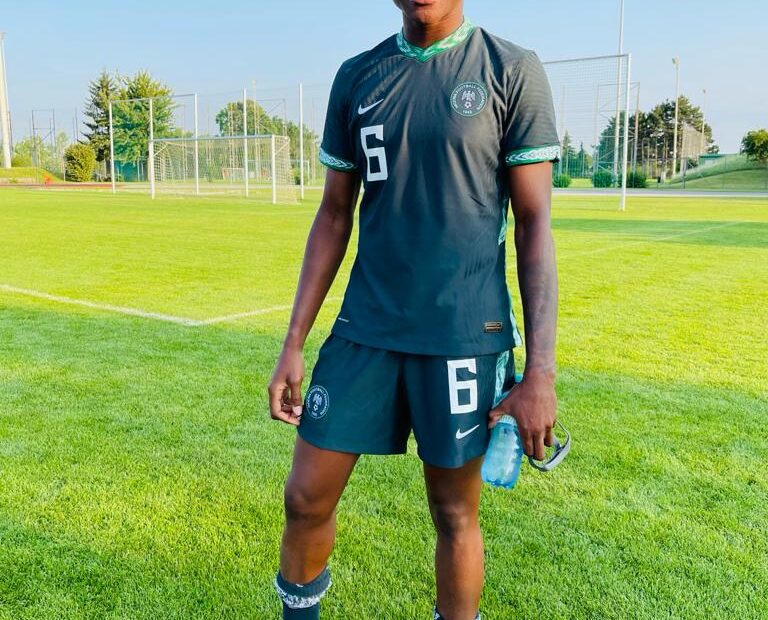 Super Falcons and Linkopings forward, Uchenna Kanu says she is happy and elated with the national team’s camping ahead of the forthcoming Aisha Buhari Invitation Tournament and AWCON Qualifiers.

She is of the view that more camping of this nature will improve the quality of the team ahead of future tournaments.

“So far, the team is doing well. We haven’t had a lot of camping opportunities to get together. Regardless, I think we are doing well. The energy level is high. I think the coaches are doing well to get us together and impact a lot into us to get us going as a team as quick as possible because we have an official tournament coming on. With the way the team is going right now, if we have a couple of more camps before the tournaments I think we would be prepared.” She told Super Falcons Media Officer, Oluchi Tobe-Chukwu.

The player lauded Super Falcons coach, Randy Waldrum for bringing in new players into the team which will help the competitiveness of the team.

She said: “We have a lot of new faces in the team with new players. I think it’s good that the coach is looking out for the best. He is doing a great job going out there to hunt for players. It’s been great with the players that he has brought in so far. Everyone is doing well and on their toes to make sure that this team is prepared for the task ahead. Going to Ijebu Ode to get players is a good move. It’s all for the best of the team.

“I think if we have more exposure and preparatory camps, so far, we are doing well. But we still need a little more time, camping, and preparation to be where we want to be. Regardless, I think the spirit and energy in the team is encouraging. If we continue that way, I think Super Falcons is going to do well in the next competitions.”

Linkopings FC couldn’t qualify for the Champions League last season with Kanu scoring eight goals to emerge as the club’s highest goal scorer in her first season with the Swedish side.

With six goals already this season, Kanu hopes to score more goals for her Club and help her side qualify for the Champions League this time.

“Last season, our goal was to get to the Champions League but we didn’t unfortunately. We came fourth on the table. The top three teams made it to the Champions League. Overall, it was a good season for me because I was the highest goal scorer in my team in my first season. I think that was huge and was a good season for me. Overall, we didn’t achieve our goal, regardless, we were still a strong team.”

“The new season is ongoing and I think my goal is already set. I am chasing the target right now and I am working hard to make sure I hit the target. We are doing well this season as well. Our goal again is to be in the Champions League and win the league as well. I have scored six goals this season and eight goals last season.” She concluded.