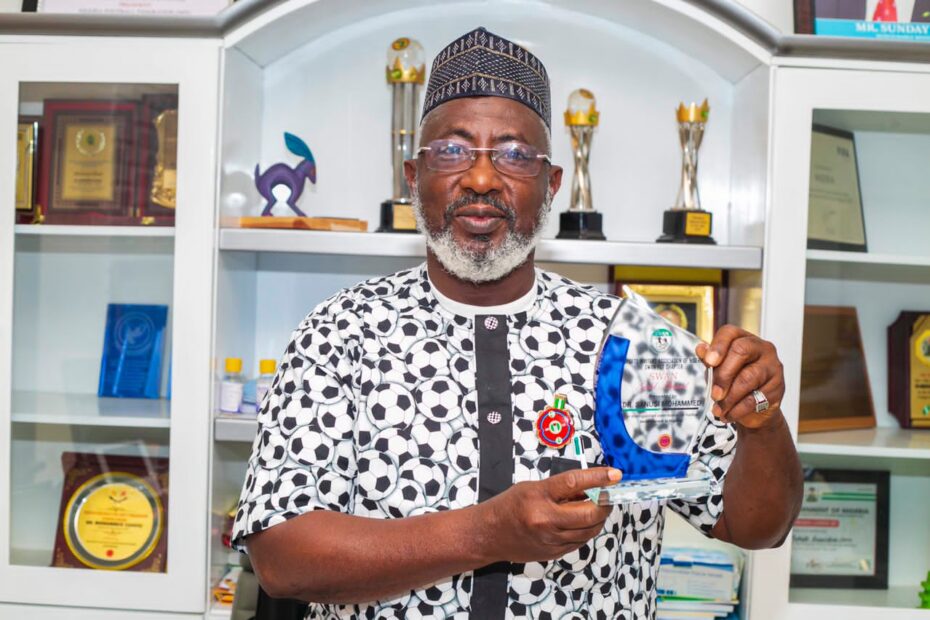 The Minister of state for FCT Dr. Ramatu Tijani Aliyu, NFF’s General Secretary, Dr Sanusi Mohammed where among persons honored by the Sports Writers Association of Nigeria (SWAN) FCT chapter at their 2021 award ceremony held in Abuja on Thursday.

Dare was given the highest SWAN award(Diamond) award for his eminent contribution to development of sports in Nigeria.

The award was preceded by a SWAN Symposium which was attended by Chairman of the League Management Company, Mallam Shehu Dikko and Sports Philantropist, Engineer Noah Dallaji on Wednesday evening.

Six categories of awards were handed out meritoriously, to sports journalists who’s distinguished themselves through the year 2021

The event which took place at the VIP Lounge of the Moshood Abiola Stadium saw gymnast, Munachi Obiefuna win SWAN FCT Athlete of the year, while Verrissimo Rose won SWAN FCT Coach of the year.

FOSLA Academy was named SWAN FCT Team of the year while Hannah Enekole emerged the Referee of the year.

Meawhile, a Posthumous award was bestowed upon late Jide Fashikun, who was known to be a fearless sports journalist before his demise.

FCT SWAN chairman, Bunmi Haruna, promised that the association would continue to propagate true journalism and celebrate sports excellence at every opportunity.