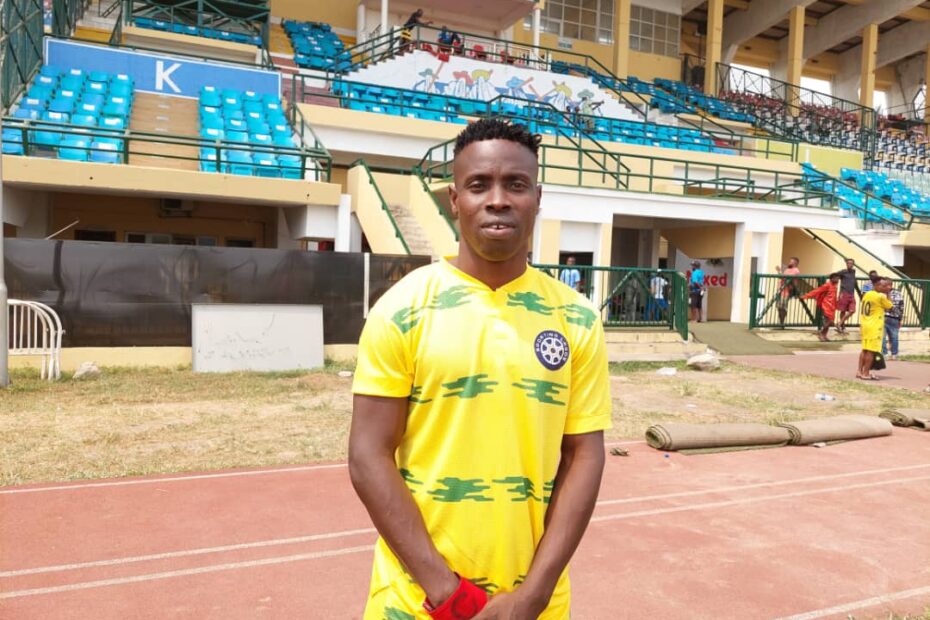 Former player of FC Ifeanyi Ubah and now Captain of Sporting football club of Lagos Atu Irumekhai has exclusively revealed to tobexmedia.com that the Welfare of the club is quite encouraging when juxtaposed to the cadre of the league the team is involved in.
” I must confess that the Welfare of the team is better than most Premiership teams.
The team is well motivated in all areas and we can only reciprocate by doing well in the league “.

Atu who last played in the premiership took the bold step by stepping a division lower with Sporting FC Lagos sums it up religiously
” just like the scriptures says all things works together for good.
I don’t feel really bad.

As a football player you must aim high , I know by the Grace of God I will see my self in the premiership and a bigger club”.

On arrival in the new club and uniting with his former Coach in FC Ifeanyi Ubah.
” I know Coach Uche Ukagbue more than any one else in Sporting Lagos and I am grateful to him for recognising my quality.
He made me the captain of the team and this I must pay back with good performances and leadership traits.

It gives me joy that the club is showing good signs of representing well in the NNL though there is still room for improvement”. He concluded.