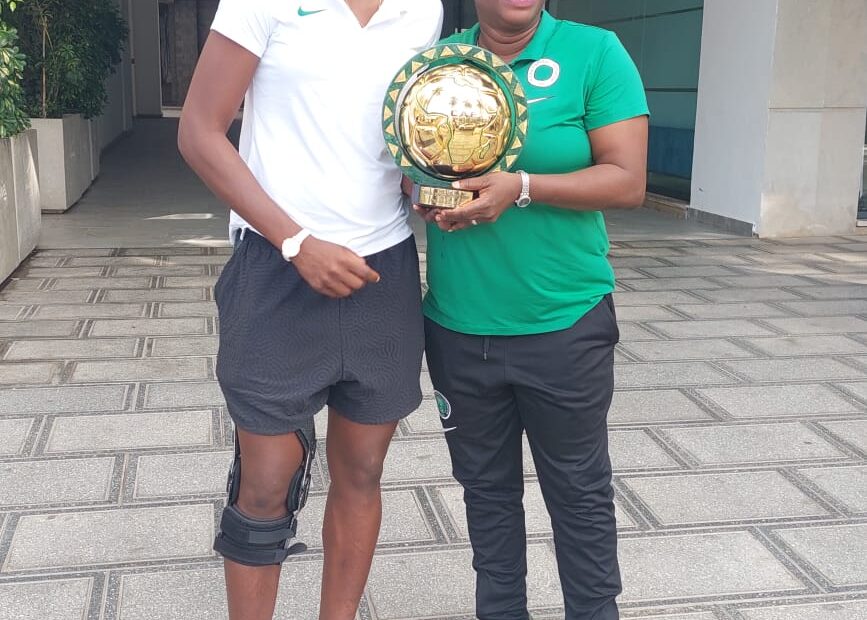 Super Falcons and Barcelona Forward, Asisat Oshoala won an unprecedented 5th CAF Women Player Of The Year Award few weeks ago at a gala held in the Capital City of Morocco, Rabat some few weeks ago and dedicated it to her teammates.

The 27-year old prolific goalscorer with the win, becomes the first ever player to win the prestigious CAF Women Player of the year award five times, surpassing the record already set by her compatriot, Perpetua Nkwocha.

In an exclusive fascinating interview with Tobexmedia.com, the Blaugrana star spoke on how she felt, before and after grabbing her record breaking gong and her thoughts on equaling and getting past the record set by Perpetua Nkwocha.

“Personally, I am not the kind of person that set goals, but it gets to a point where you feel you have the opportunity to get something and you just have to work on yourself to achieve it,’ She told Tobexmedia.com.

“I got the fourth one in 2019, and just kept working hard at both club and national team level. This is the first time I felt differently about winning the award. I wasn’t so sure I was going to win, because the last season wasn’t so special, so I thought it could go to any of us.

“I love to play football, and see it as entertainment. I want to win, I want to score goals. Though I had a tough season, got injured for three months, and thereafter for another three weeks and ended up top Goalscorer in the league. I think that really helped me to win the Award again. I can only keep pushing and stay focus to achieve more.” She concluded.

The 2021/2022 campaign can be said to be Oshoala’s best yet as she played a pivotal role in her Spanish side’s treble charge, the Spanish Women’s Super Cup, Copa de la Reina and the Primera Division. 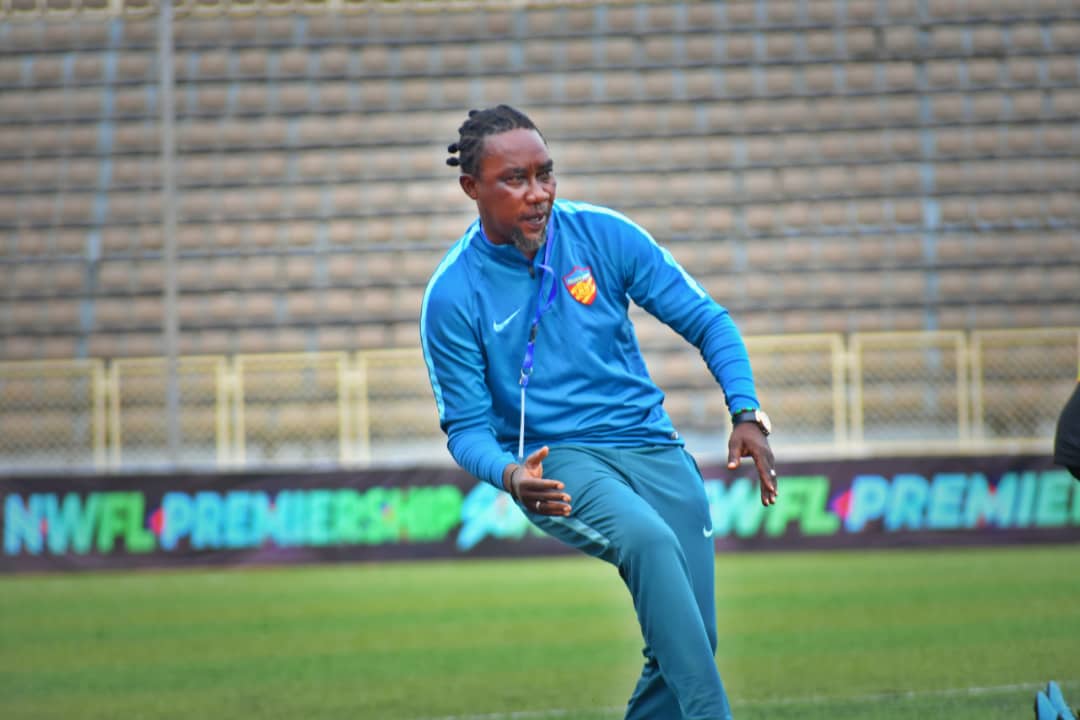 ‘I Am Not Out There To Kill The League’; FC Robo Queens Not Part Of Boycott, We Are Ready To Play – Osahon Orobosa

Read More »‘I Am Not Out There To Kill The League’; FC Robo Queens Not Part Of Boycott, We Are Ready To Play – Osahon Orobosa
Skip to content